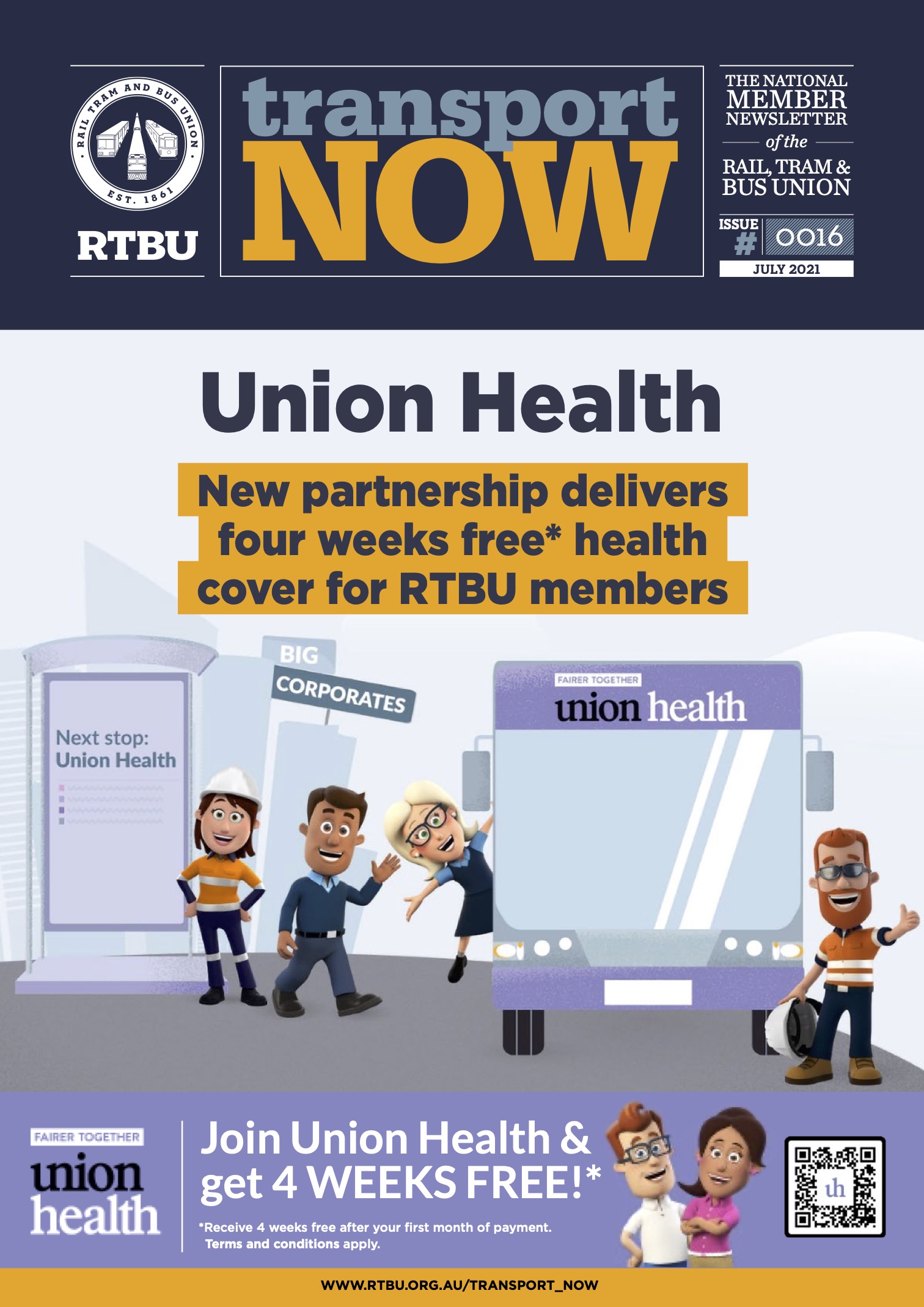 The two most important roles of our Union are to improve the wages, conditions and job security of our members, and to protect their safety at work.

That’s why I have spent much of my time in the past few months in negotiations with the Office of the National Rail Safety Regulator (ONRSR).

Those negotiations have at times been frustrating, but I’m pleased to say that we recently made important progress on three key issues.

Firstly, we have had big win in our campaign against the use of in-cab audio and video monitoring devices. Under the regulator’s revised proposal, employers will not be directed to access footage unless it is in relation to a notifiable safety incident or for testing the devices (with limitations). This does not mean that they can’t use in-cab for other reasons but this will be left to us to prevent through industrial activities and enterprise agreement negotiations. It’s a huge step up from ONRSR’s original position which would have mandated an operator’s ability to use in-cab recordings almost without restriction.

Secondly, ONRSR has agreed to withdraw its opposition to the legislated maximum shift lengths and minimum shift breaks for rail workers in NSW and Queensland as part of their fatigue management review.

And thirdly, ONRSR has agreed to RTBU demands to ensure that all workers who work in rail corridors are owed the same duty of care as Rail Safety Workers, even if they are not directly under the control of a rail operator.

If it wasn’t for our united national union standing up on these issues, rail operators would slowly and steadily chip away at safety standards.

This is the power of our solidarity. As a national all-grades union, we have some serious clout on the national stage. When employers, politicians or even regulators want to take us on, they know they are taking on 35,000 men and women from right across the country.

Another advantage of being a national union is that we have bargaining power when it comes to negotiating deals that benefit our members.

In that regard, I’m pleased to announce that the RTBU has entered into a new partnership agreement with health fund Union Health.

Union Health is committed to remaining a member-owned not-for- profit. They are committed to union values, they genuinely care about their members, and they are offering RTBU members a great deal.

I encourage you to check them out!

RTBU members force safety regulator back to the drawing board

The Office of the National Rail Safety Regulator (ONRSR) has been forced to rewrite its controversial proposal for mandatory audio and visual in-cab recording devices in all Australian trains.

The RTBU's Keep Freight on Aussie Trains campaign has shone a national spotlight on the future of intermodal rail freight, and more politicians and media commentators are jumping on board.

Find out about how you can get four weeks of free health cover by making the switch to Union Health!

Our Union has been active in advocating for better access to life-saving vaccines and justice for workers around the globe.

The RTBU took out an impressive six awards the Queensland Labour Day dinner, with Rockhampton delegates Emma Irvine and Jodie Wickens being named joint recipients of the Most Outstanding Activist award.

The RTBU has bypassed the NSW Government and gone straight to the people in its campaign to stop or reverse cuts to the Sydney bus network.

The Tasmanian branch didn't pull any punches when talking to Tasmanian Labor leadership aspirants about the need for the party to better engage with transport workers.

A recent decision to rule out a passenger rail service from the Adelaide Hills to there city is further proof that the Marshall Government just doesn't care about public transport.

Western Australian Government belligerence over maintaining the pay cap for state employees has convinced the WA PTA branch to join forces with other public sector unions on a joint campaign.

WA: Barry hits the ground running in the Pilbara

Barry O'Sullivan is one of two delegates the RTBU is relying on to expand its footprint in the vast Pilbara region of Western Australia.