RTBU President Shayne Kummerfeld wrote to Indian transport unions to pass on the support and solidarity of their Australians comrades.

“We strongly support you in your efforts to protect the health and safety of your members,” Shayne wrote.

“All men and women who work in the rail, tram and bus industries must be treated as frontline workers: they must be treated as a priority group for vaccination, and must be paid appropriately for the additional risks associated with working during a pandemic.”

In response, the All India Railwaymen’s Federation thanked the RTBU and noted that the solidarity of Australian transport workers “will boost our morale in our fight against this dreaded pandemic.”

Shayne also has been pushing for the Australian Government join the international movement to waive trade intellectual property rights related to the prevention and treatment of COVID-19.

In a letter to Prime Minister Scott Morrison, Shayne said equitable access to vaccines and treatments is a fundamental human rights issue, and must be treated as such by the international community.

“To that end, we fully support the proposal by the South African and Indian Governments for an emergency three-year waiver on intellectual property rights under the Agreement on Trade-Related Aspects of Intellectual Property Rights (TRIPS) specifically related to the prevention, containment and treatment of the COVID-19 virus,” Shayne wrote.

“We understand that over 120 countries have supported the proposal from South Africa and India, however the Australian Government is yet to do so.

“This is a global emergency – if the international community does not agree to the proposed TRIPS Waiver, then it is inevitable that millions of people in developing countries will die from COVID-19.”

SUPPORT FOR THE SRUT 13

The RTBU has thrown its weight behind the international campaign for justice for the leaders of the State Railway Union of Thailand (SRUT).

On 21 October 2020, 13 State Railway Union of Thailand (SRUT) leaders – including SRUT Secretary Somsak Kosaisook - were convicted and sentenced to three years imprisonment by the Thai Central Criminal Court for Corruption and Misconduct Cases.

The charges related to industrial action taken by SRUT following a number of deadly train derailments in 2009. 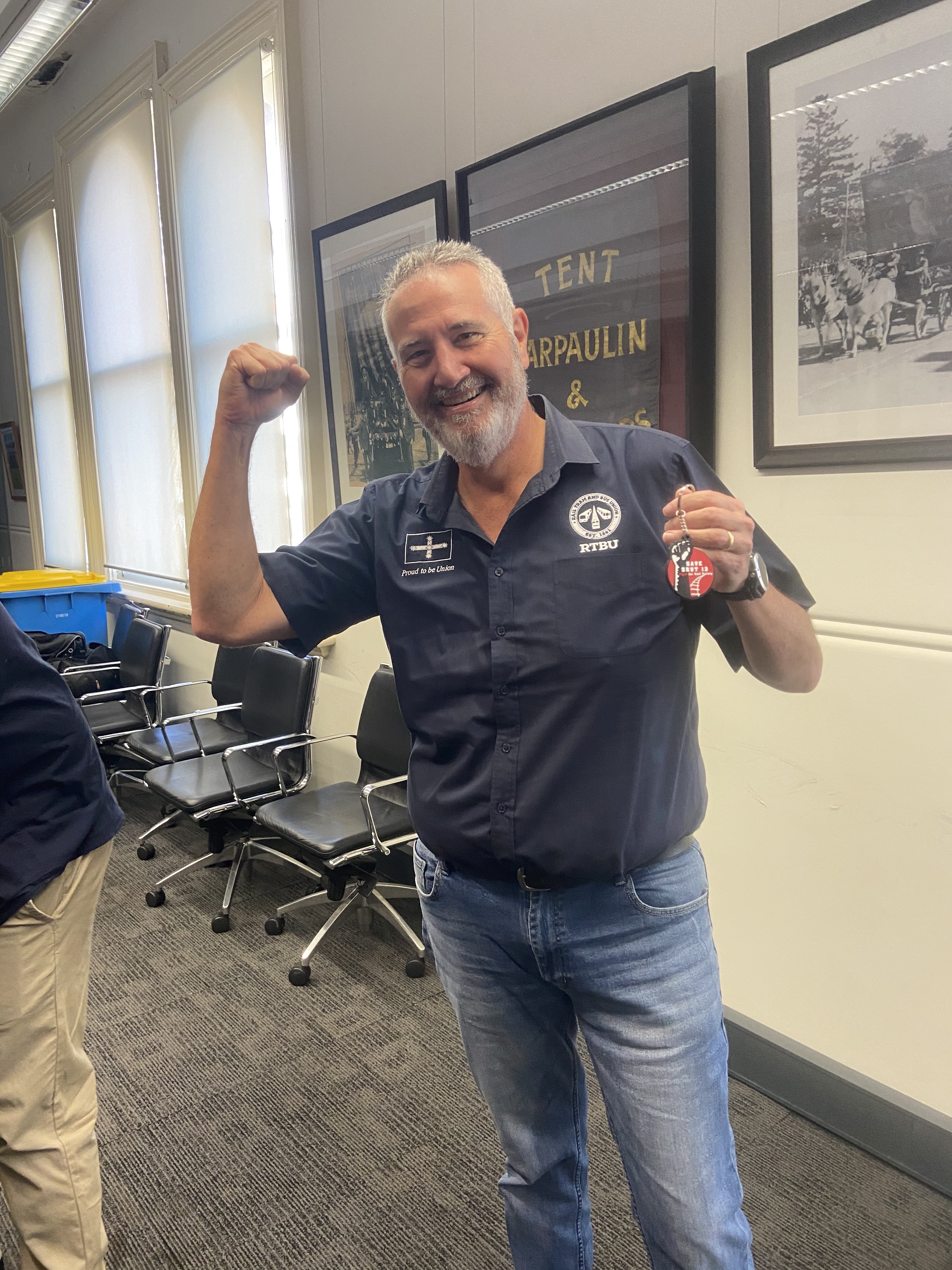 “The treatment of transport workers in Thailand and a chilling reminder of the way that many governments in our region pay lip service to the rule of law, and are willing and capable of deploying the full force of state power against working people and their unions,” Shayne said.