The RTBU has bypassed the NSW Government and gone straight to the people in its campaign to stop or reverse cuts to the Sydney network in preparation for private operators to take over. 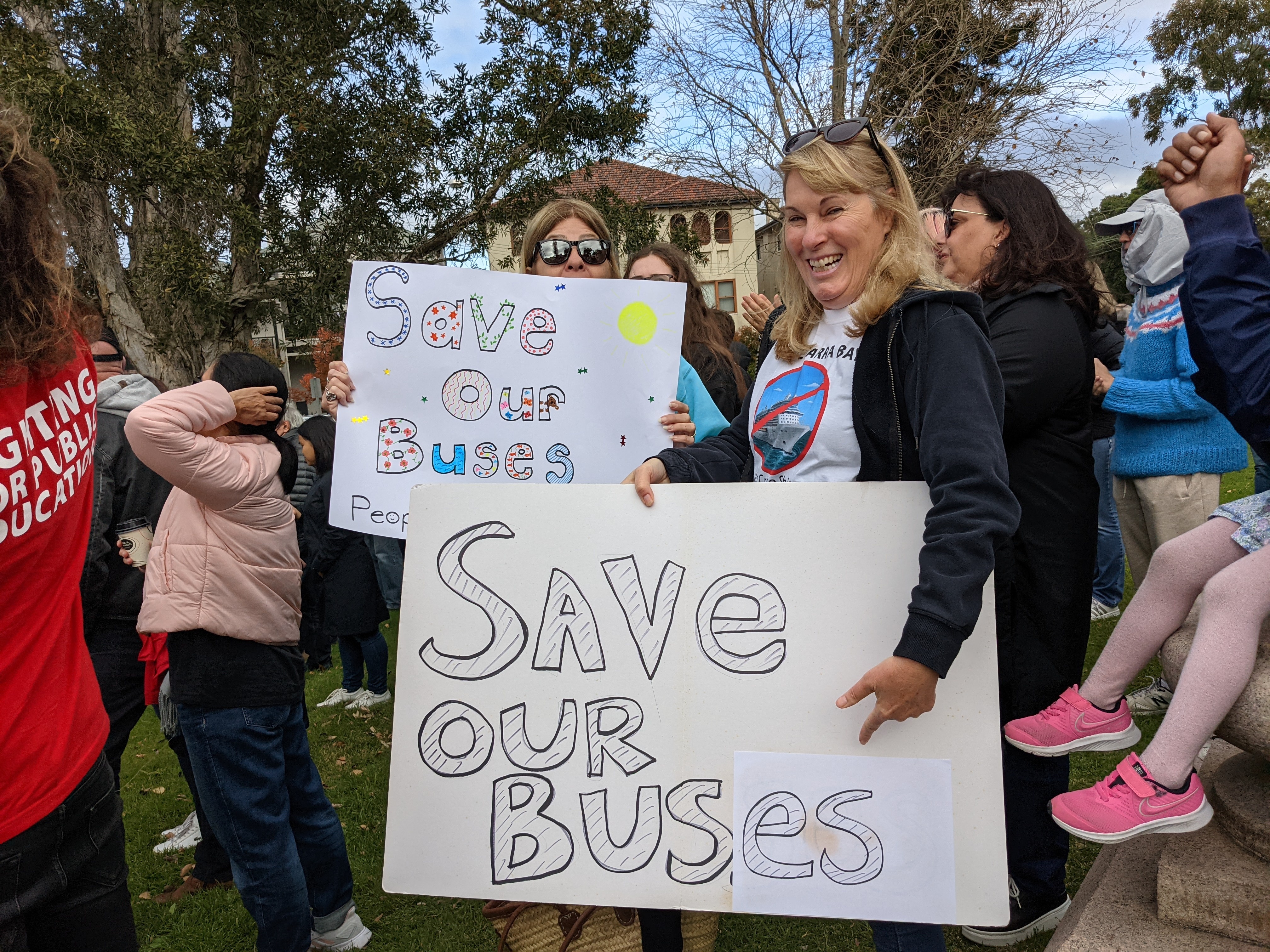 The Berejiklian Government has so far ploughed on with massive cuts and privatisation across the city, despite its claims of being open to consultation.

Under its latest plans the government wants to eliminate 25 bus routes, modify another 23 and introduce 11 new ones in Sydney’s southeast. As usual, no one who uses the services in question has had a say.

The elderly, disabled, students and nurses are among the thousands who say they will be left stranded under a controversial proposal to axe bus routes.

But last month more than 400 people descended on High Cross Park in Randwick to demand Transport Minister Andrew Constance reverse his plans, which ostensibly aim to force commuters off buses.

Local Labor MPs Marjorie O’Neill and Michael Daley were among speakers at the rally, along with local residents who will be severely affected by the changes.

Local student Tom Kennedy warned that forcing students to catch trams to university would prove disastrous with every breakdown, while business owner Samantha Bragg said getting staff back into the office after Covid would be made even harder by ballooning commute times.

NSW Tram & Bus Divisional Secretary David Babineau spoke about how the reduction in services meant a loss of jobs and available work, and of the government’s lies and lack of consultation.

“Premier Gladys Berejiklian must explain to the public why her government is ignoring commuter concerns, and guarantee that not a single bus stop will close, not a single route will be cut, and not a single worker will be left worse off,” David said.

“This move will see bus services and stops cut. There’s no two ways about that. People will see a decline in the quality and frequency of their bus service before the private companies take the reins as the Government paves the way for them to save money.

“These are the things the government would know if it had at any point asked residents how they felt about their buses being privatised.”

The RTBU has been getting out and asking commuters what they want.

A recent survey by the Our Transport network of almost 2,000 people living in three areas of Sydney undergoing privatisation found 91 per cent felt they had not been consulted or informed about bus privatisation, and feared for their services.

“The community feels betrayed,” David said. “They fear more routes will be axed or changed, making it even more difficult for them to get to work, school, and go about daily life,”

“Respondents identified hundreds of routes they wanted to see protected and called for the restoration of services that were recently axed in sweeping cuts to the bus network.

“Residents also told us it’s extremely important to have bus stops close to their home and destination.

“Removing stops has a huge impact on elderly and disabled commuters who are forced to walk longer distances. They have identified hundreds of routes they rely on most and want to see protected.”

“This is an outright lie,” David said. “It’s time for the government to come clean about the hatchet job it has made of our bus network.

“Cuts to routes in Ryde, north Sydney and the eastern suburbs have actually left people stranded, with bus routes that no longer go near their homes. This can’t continue.”

David said Minister Constance walked back a step in the media after the rally, claiming that no final decisions on eastern suburbs bus cuts had been made, “which is his way of saying we’re open to changing things if it means I avoid political pain”.

“The RTBU’s recommendations are in line with Transport for NSW’s own community consultation policy, which has apparently been completely discarded when it’s politically convenient,” he said.

“There should be no more secrecy, no more non-disclosure agreements gagging timetable workers, and no more changes to bus services until the public have had their say.”