The RTBU’s Keep Freight On Aussie Trains campaign has shone a national spotlight on the intermodal rail freight sector.

More and more politicians and media commentators are waking up to the fact that the deregulation of the coastal shipping sector has seen containerised freight taken off trains and put onto overseas ships – putting the future of intermodal rail freight at risk.

The campaign has even received support from veteran media commentator Alan Jones and One Nation Senator Pauline Hanson.

Senator Hanson wrote an article for the Courier Mail, pointing out that “the disparity between Australia’s interstate rail industry and foreign- flagged coastal shipping vessels has led to the collapse of all but two rail freight companies – SCT Logistics and Pacific National.”

“And despite just two players left in this market, they too are teetering on the verge of collapse as Australia’s Coastal Trading Act enables foreign vessels to snatch an ever-increasing volume of domestic freight by exploiting foreign workers who are paid just $3 an hour,“ Senator Hanson said. 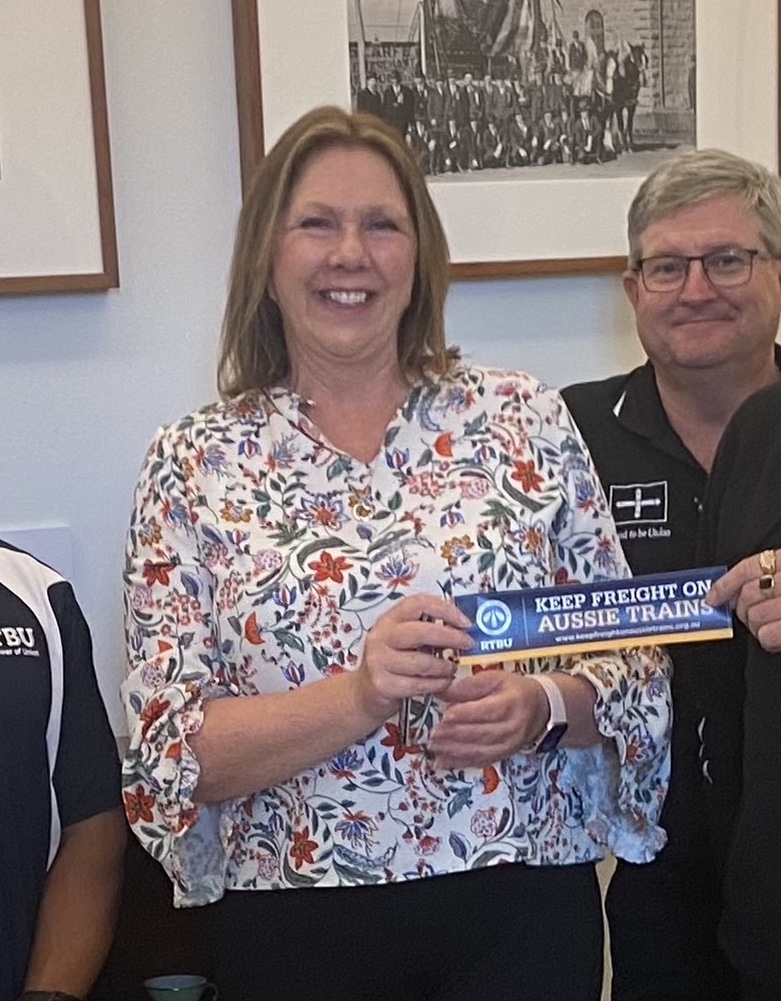 The Shadow Minister for Infrastructure and Transport Catherine King MP has also written to the RTBU, confirming that Federal Labor is committed to “conducting a comprehensive review of the rail freight sector to ensure rail continues to play in the movement of freight across Australia.”

“As demand for freight transport continues to grow, rail has a central role to play in moving
goods safely, efficiently and reliably across our vast continent,” Ms King said.

“At a time of increasing demand, and with massive government investments being made in projects like Inland Rail, it is essential that this industry is strengthened, not undermined by the same cheap overseas competitors that have devastated Australian shipping.”

Barnaby Joyce’s surprise comeback as Leader of the National Party and Deputy Prime Minister means that Australia also has a new Federal Minister for Infrastructure and Transport. Mr Joyce is now the politician responsible for the Federal Government’s proposal to take containerised freight off train and onto foreign-flagged ships.

Mr Joyce can choose to squash this proposal straight away. But if he decides to put the interests of foreign shippers first, then the rail industry, and regional communities will suffer.

You can send Barnaby a message, and tell him to Keep Freight on Aussie Trains. Just go to keepfreightonaussietrains.org.au