There's been a lot of talk in the past couple of week's about the Federal Government's Secure Jobs, Better Pay bill.  So what's in it, and why does it matter? 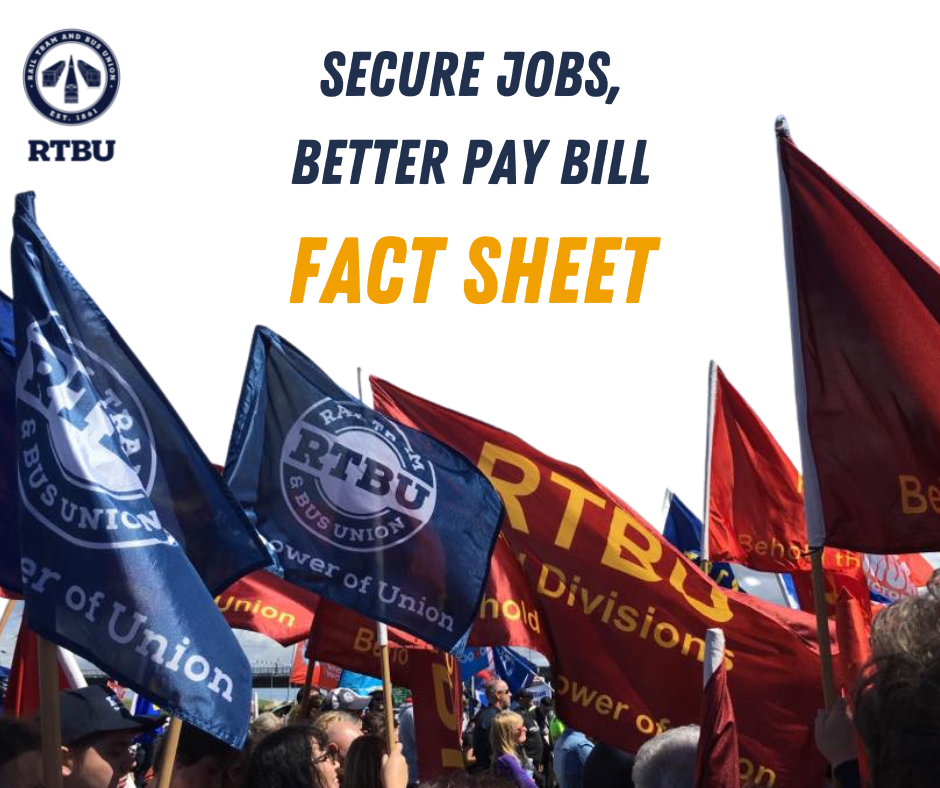 The recent Jobs and Skills Summit in Canberra saw representatives of the business community, state governments, civil society, disability groups and the trade union movement come together to discuss the country’s employment and training challenges.

The RTBU was represented at the Summit by National Secretary Mark Diamond.

A major theme of the summit was finding ways to unlock pay better rises so that wages can keep up with the rising cost of living.

Importantly, for RTBU Members, these initiatives also included several things that our Union has been campaigning for.

RTBU members were the first to suffer from this flaw when Aurizon ripped up a dozen agreements in 2016. More recently, the Premier of NSW has threatened to tear up Enterprise Agreements for workers at Sydney Trains and NSW Trains

Many of the outcomes of the Summit are being progressed through amendments to the Fair Work Act, which are about to be presented to Federal Parliament

The amendments are contained within the Secure Jobs, Better Pay Bill, which will be the first tranche of the Albanese Labor Government’s workplace relations reforms.

SO WHAT’S IN THE BILL?

The Secure Jobs, Better Pay Bill will improve the workplace relations framework by:

The bill is due to be presented to parliament shortly, but it is expected to face opposition in the Senate.  The fate of the bill will lie in the hands of The Greens and the Crossbench Senators, and we expect that big business will weigh in heavily to water down the bill as much as they can.