Transport workers tell Nikolic: if you want to end our jobs, we'll end yours 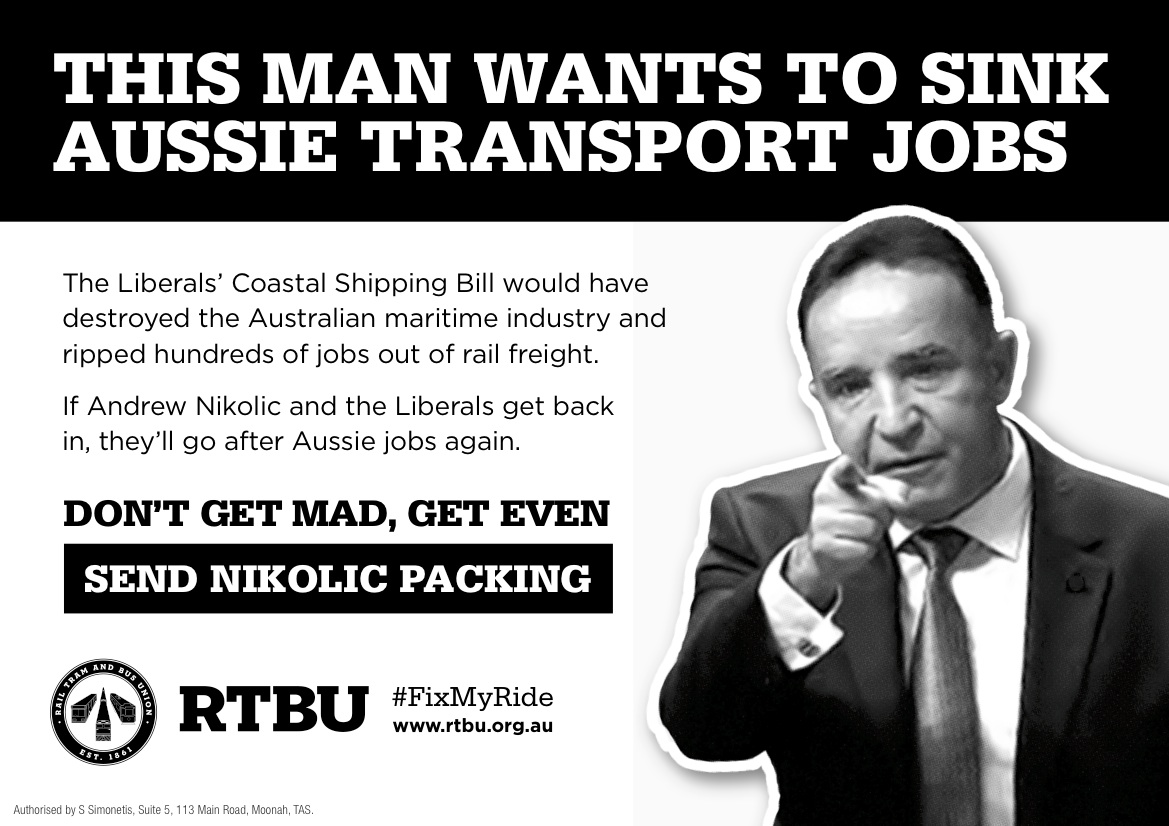 “Andrew Nikolic wants to end the jobs of transport workers, so we’ll campaign to end his.

“If it wasn’t for Labor, the Greens and Jacqui Lambie standing up to the Liberals in the Senate, we’d now have laws allowing foreign shipping companies with overseas workers on third-world wages going up and down the coast undercutting Australian transport businesses.

“There would around 1,200 workers sacked in the Australian maritime industry, and hundreds more jobs lost in rail freight.

“Andrew Nikolic was one of the Government’s biggest supporters of this vicious attack on transport workers. If Nikolic and the Liberals get back in, we know they’ll come after transport workers again.

“Our message to voters in Bass is this: don’t get mad, get even, and send Andrew Nikolic packing.”

Don't get mad, get even

The RTBU will be writing to its 400 members across Tasmania urging them to vote against Andrew Nikolic and the other Tasmanian Liberal candidates, and to get actively involved in the Federal election campaign.

Ms Simonetis said the RTBU would also pressuring all major parties to commit to better public transport in Launceston.

“Malcolm Turnbull loves taking selfies on mainland train, well how about putting some money into better public transport for Tasmanians?