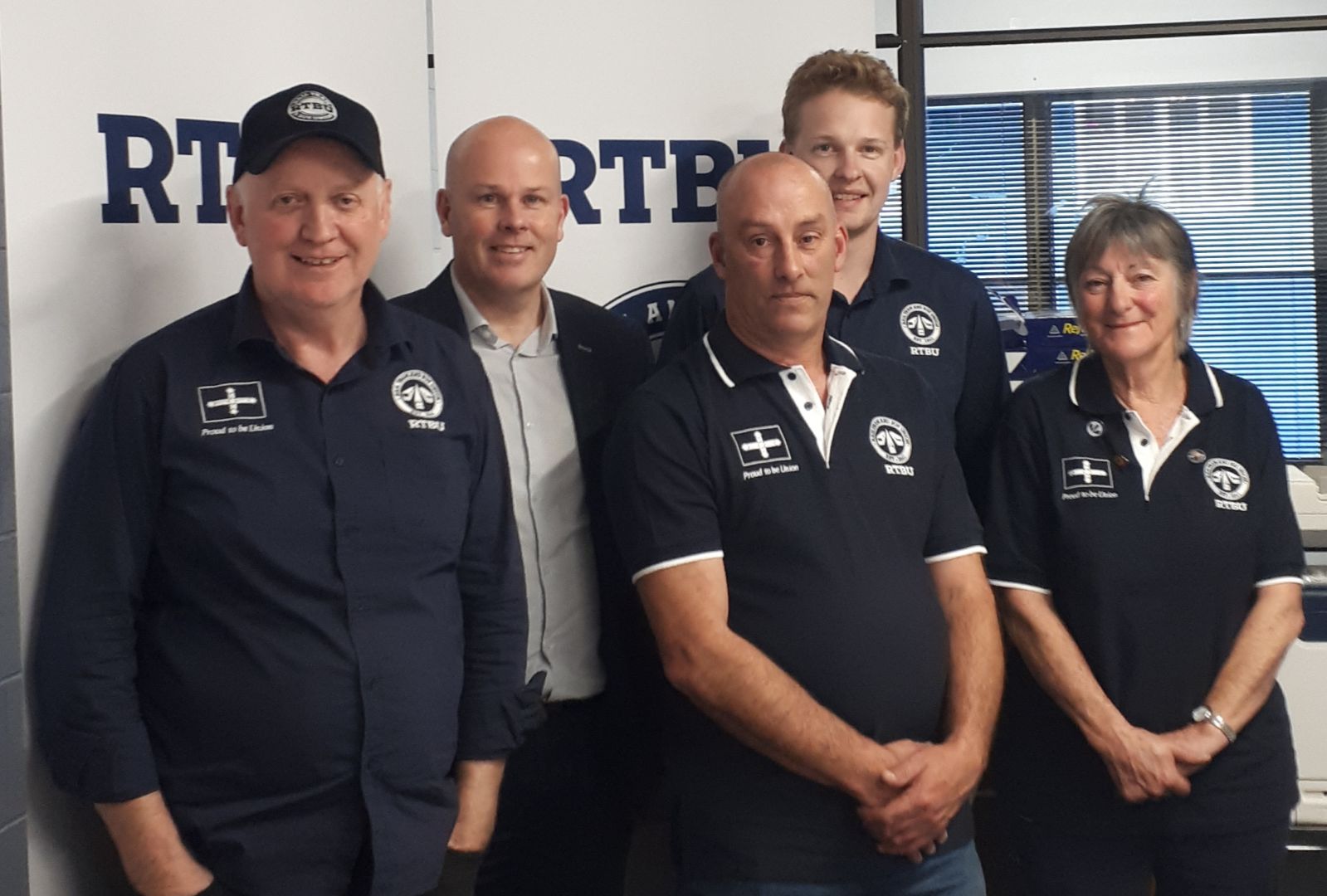 It was disappointing result for the Labor Party, but unsurprising given the damaging internal brawl over preselections at the start of the campaign.

The RTBU was also disappointed by Labor’s public transport policy.

Before deciding on how to allocate the RTBU’s votes, the Tasmanian Branch Executive wrote an open letter to the two candidates, and invited them to meet with the RTBU representatives to discuss their plans for the future, and our concerns about the Labor’s election performance.

Tasmanian Branch Secretary Ric Bean didn’t pull any punches in the open letter – which was received coverage in the local and national media.

“Our members were not consulted in the development of Labor’s transport policies,” Ric wrote.

“Most disappointing was Labor’s failure to allocate a single cent to expanding bus services - compared to the Liberals’ commitment of an additional $60 million.”

The letter had an impact, and both candidates subsequently met with members of the Branch Executive to give their leadership pitch.

“It was very useful exercise, and we certainly got a few things off our chest,” Ric said.

“But I was very impressed with both Shane and David. It was clear that both of them want to build a engage RTBU members, and want to make sure the nonsense that went on before this year’s election doesn’t happen again.”

After winning the ballot to become Opposition Leader, David O’Byrne has since stood aside pending an investigation into his behaviour toward a female union employee around ten years ago. Rebecca White has now returned to the position of Opposition Leader, with Shane Broad as Shadow Treasurer.

In the meantime, the Tasmanian Branch has scheduled a meeting with the new Shadow Transport Minister Josh Willie MLC to discuss the need for more investment in public transport and rail. It’s vital that our industries and RTBU members have an effective voice in the Tasmanian parliament, and we will continue to working to engage with all sides of politics.