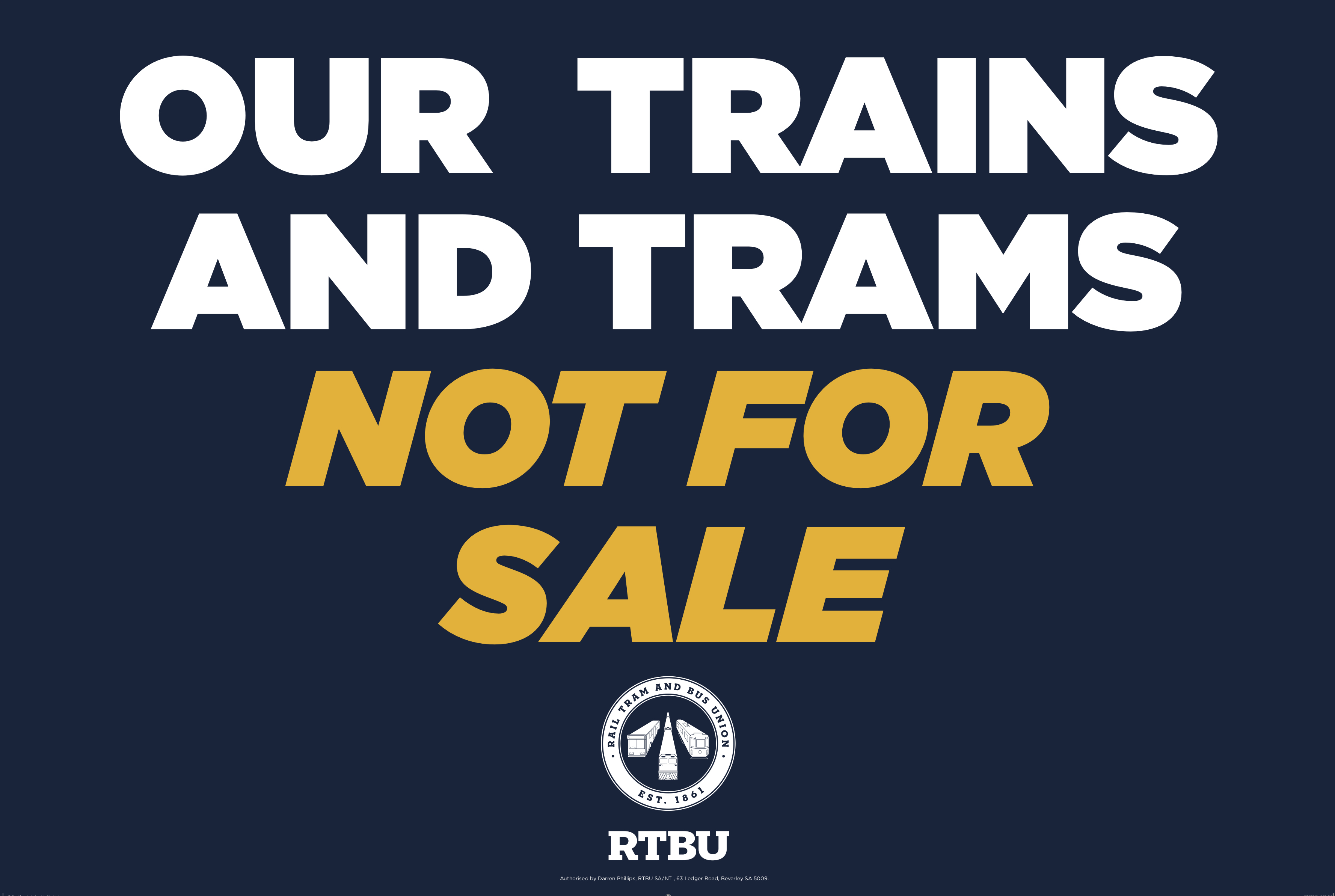 Rail, Tram and Bus Union (RTBU) SA/NT Secretary Darren Phillips said the public had a right to know all the details behind the State Government’s decision.

“The Liberals went to the state election telling voters that they did not have a privatisation agenda.  What’s more, privatising trains and trams was not part of their policy platform.

“The community took the Liberals at their word, but now we have found out that their word means nothing.

“Even when Stephan Knoll has tried to explain his decision, he has relied on misinformation about privatisations in other states and countries – such as his fake claims about the London Underground.

“The people of South Australia deserve some transparency from the Government, which is why the full un-redacted business case must be released immediately.”

Workers and community in the dark

“For example, what job guarantees will be put in place? How much will the transition to a private operator cost? And how much money will be taken out of the public transport system as private profit?

“The Government cannot continue to hide behind spin and lies.”