SA Transport Minister Stephan Knoll and Federal Member for Grey Rowan Ramsay are out of touch with the Eyre Peninsula community and swimming against the tide of global transport. 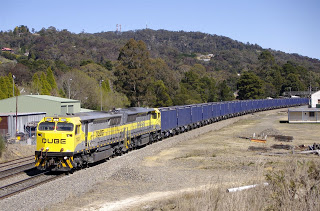 "Minister Knoll says he wants to convert the Peninsula's railway lines into walking trails, despite the fact that Viterra has not ruled out a return to grain haulage by rail if it could be made cost effective.

"This is not a pipe dream. If the State and Federal Government invested in upgraded rail infrastructure, this would lead improved track speeds and more efficient services, thus making the business case for rail transport more compelling.

"The community is clearly behind rail, and does not want to see a massive increase in truck movements.

"Around the world governments are turning to rail transport as a safe, economical and environmentally responsible mode of transport for both freight and passengers.

"By taking freight off rail and putting it onto roads, South Australia is heading in the wrong direction, and turning their backs on the Eyre Peninsula community."

Mr Phillips said the decision not to support the ongoing use of the Eyre Peninsula Rail Line for grain haulage would impact on the community in the following ways:

"There has been no meaningful study into the impact on the community from the closure of the rail line.

"It's time for some real leadership and genuine action to keep grain on trains."

Saving the Eyre Peninsula Rail Line is a priority of the RTBU's Federal election policy blueprint, The Fork in the Road.