The Marshall Government’s train and tram privatisation process has been a farce from Day One and must now be referred to ICAC for a full independent investigation. 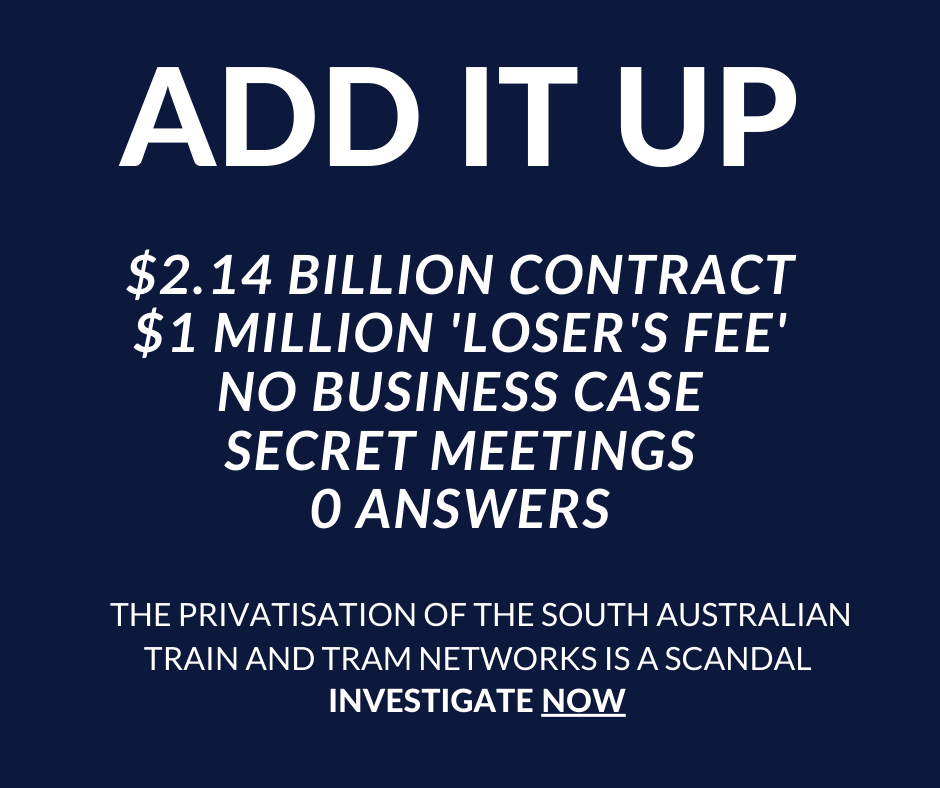 “From the very beginning, the Marshall Government has refused to release vital information about the privatisation process, and failed to meet the most basic governance standards,” Mr Phillips said.

“These days you wouldn’t open a fish and chip shop without first doing some basic research, but Steven Marshall apparently signed a $2.14 billion contract without even doing a business case!

“When you add up the lack of transparency, the breaches of probity guidelines, the close relationships between Sydney-based transport officials, and the secret million dollar ‘loser’s fee deal, there is clearly a need for a full and thorough independent investigation.

“The people of South Australia deserve to know what has gone on here, and how over $2 billion of their money ended up in the hands of a French Government-owned company.”