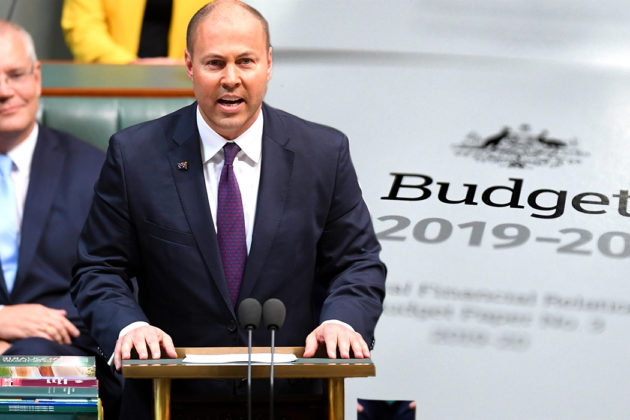 The Morrison Government has delivered a Federal Budget filled with rubbery figures and dubious promises. The Government's key messages have been about cuts to income taxes and getting "back in the black" with a surplus budget.

But delve into the details and there are also some startling admissions.

Here's a quick summary of some the of key items for the rail, tram and bus workers.

A lot has been made of the Budget's investment in infrastructure, but in reality the cash splash is aimed largely at road upgrades.

The commitments for rail infrastructure are:

Disappointingly, there is no money in the budget to upgrade the Eyre peninsula freight line in South Australia, and still nothing for the Cross River Rail project in Brisbane.

The themes of population and growth are central to this Budget. The Government highlighted a $14.5 million allocation for a Faster Rail Agency to "identify and support the development of fast rail connection between capital cities and key regional centres" as a key part of its strategy to deal population growth. There is also $40 million for detailed assessments of five fast rail corridors:

Assessments of three other corridors have already been funded:

It's worth noting that no money has been allocated to actually building any of these projects. What's more, the money allocated for all of the projects in total is just one third of $185 million on spent re-opening the Christmas Island detention centre for no apparent reason (which, by the way, appears set to close again in a few months, without accepting a single asylum seeker).

We believe that the Morrison Government is using a token commitment to fast rail projects a fig leaf to cover its anti-growth and anti-migrant policies. The cap on the number of permanent migrants is being reduced from 190,000 to 160,00) a year (or 120,000 over four years). This cut will have an impact on economic growth, while reinforcing the false political narrative blaming migrants for urban transport congestion.

The Budget shows that Treasury has revised its forecast for wage growth downwards, so Australian workers will be waiting even longer for a decent pay rise.

The lower growth forecasts show that Treasury does not believe the Morrison Government spin on wages, and completely skewers the argument that wage growth can be stimulated by tax cuts alone. The reality is that wages are being kept low due to the impact of government wages caps and the failure of the Fair Work system to provide a level playing field for workers.

The budget also promises a flatter income tax system that will kick in incrementally over the next another five years. By 2024, the promised reforms would create a three-tiered income pay system:

Scott Morrison and Josh Frydenburg have called it the "back in black budget". But incredibly, the Budget actually forecasts a $4.2 deficit for this financial year. The so-called "surplus" is a just a forecast for next financial year, and even this is dodgy (see below).

Social media has had a field day with the surplus that isn't actually a surplus, with the hash tag #FakeSurplus trending around the world.

Analysts have ripped apart the calculations in the Budget, declaring that the forecast surpluses for the 2019-2020 financial year and beyond are based on some 'heroic assumptions' - including predictions for future wage growth. Even though this forecast has been revised down, the forecast wage growth still well above the current rate of growth at 2.3%.

To put it simply, unless something is done to stimulate wages, the predicted surpluses will simply not happen.

Scott Morrison has indicated that he will not take any of its Budget to Parliament, including his proposed tax cuts,  for approval before winding up the whole show for the election. In other words, the Budget is primarily an election pitch, based on dodgy number and promises that may never be delivered.

Shadow Treasurer Chris Bowen will outline Labor's response to the Budget tonight. In the next few days Prime Minister Morrison is expected to call the election, and we'll all be in campaign mode.