RTBU to flush out Steven Marshall at Liberal fundraiser today 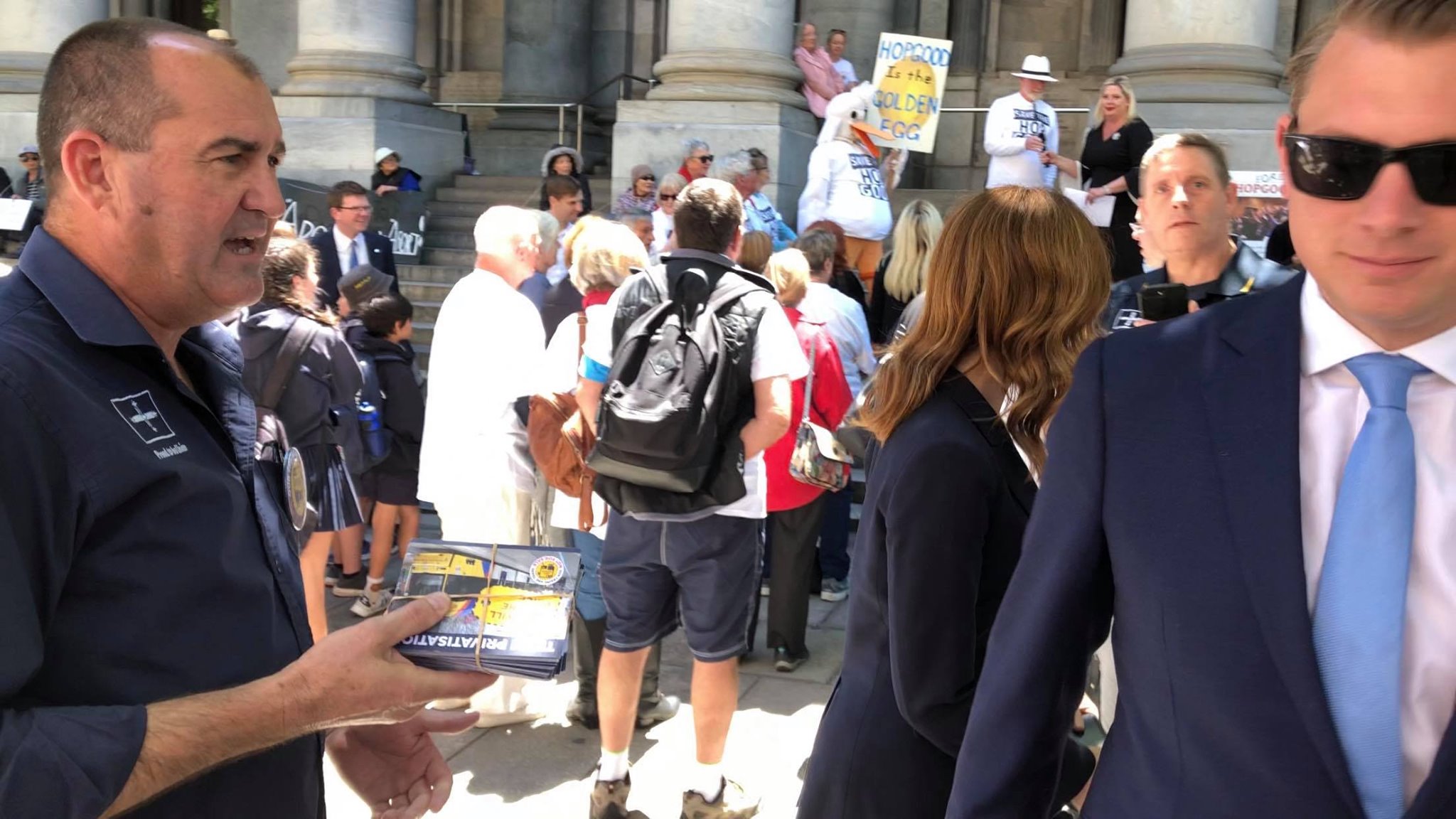 Premier Marshall hid in his Parliament House office last Wednesday, and would not come out to accept the signed postcards from South Australian commuters.

Union activists then tried to deliver the postcards to Transport Minister Stephan Knoll, but he refused to take them and hurriedly walked away, flanked by a retinue of ministerial staffers.

Today's handover attempt will occur at a Liberal Party fundraiser at Dulwich House, where the Premier and Liberal MPs will be courting wealthy donors to contribute to their re-election campaign.

The handover attempt/protest will take place at 1pm, at 1 Stuart Rd, Dulwich.

"We intend to show this to the Liberal Party and their wealthy donors who control the direction of the party today," he said.

"While the Premier and his MPs will be inside cosying up to some of the wealthiest people in South Australia, the RTBU and other unions will be outside making our voices heard."