Sometimes it’s easy to take our freedoms for granted.  The plight of trade unionists in other countries reminds us of how lucky we are in Australia, it also reminds us of what’s at stake if we drop our guard allow the anti-union forces to have their way. 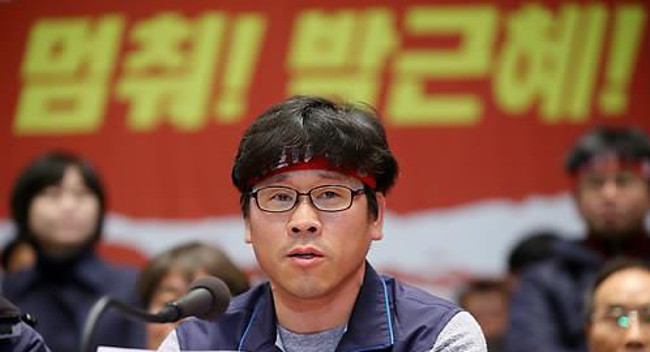 Mr Han has been sentenced to an unprecedented five years in prison and a 500,000 KRW (about €400) for charges related to his legitimate human rights activities. This is the first time such a harsh sentence has been handed down in South Korea in relation to the participation in an ‘illegal rally’.

Judge Dam Shim of the Seoul Central District Court deemed that as KCTU president, Mr Han was ultimately responsible for the altercations between police and demonstrators during a rally in November 2015. In fact, Mr Han had consistently called for calm and had dissuaded demonstrators from violence.

Judge Shim also absolved the police of responsibility for the altercations, despite the fact that the police had deployed some 20,000 officers, 19 water cannons, 679 buses, and 580 pepper spray devices against the peaceful marchers.

The RTBU has written to South Korean President Ms Park Guen-Hye expressing out outrage over the sentence, and urging the President to intervene.