RT Health is under threat! But you can save it

RT Health is the health fund for workers in the rail and transport sector. It was founded by workers as a cooperative 130 years ago, and since then has continued as a mutual fund - owned by members, for members. 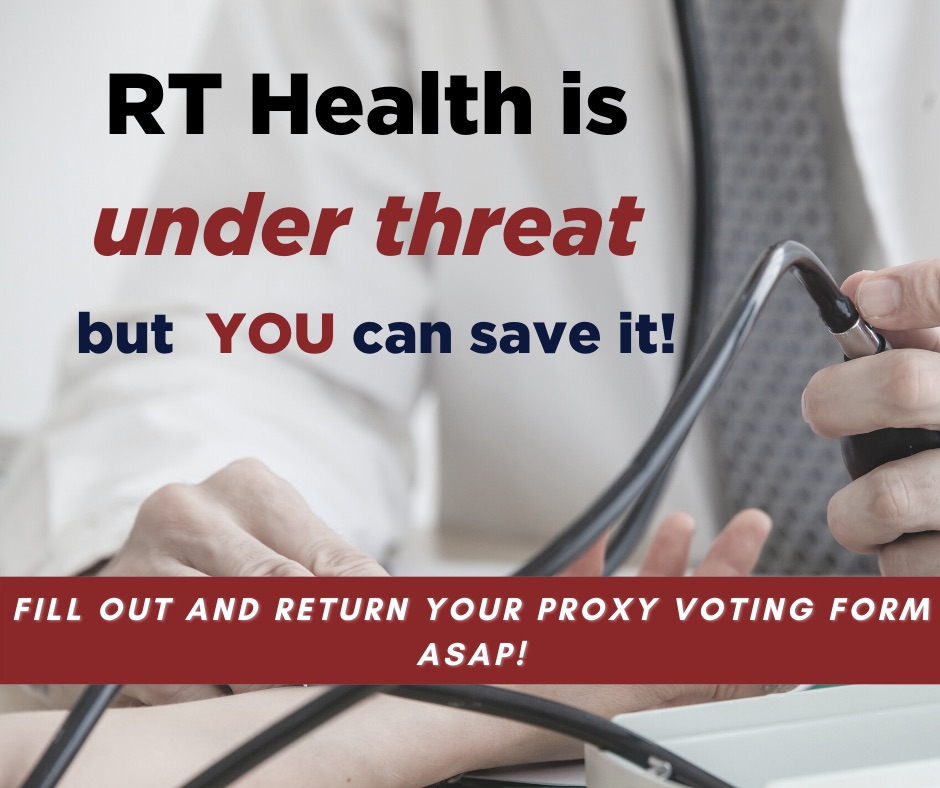 As recently as 12 August 2020, the RTBU met with RT Health and their advisors. At that time, the RT Health Board had received 8 non-binding offers and were considering the following three:

• an offer from a for-profit fund that would demutualise the fund
• two offers from mutuals that would result in RT Health members becoming part of a far larger mutual and therefore having less control of the fund they belong to.

The RT Health board were intending on making a decision about which offers would move to a binding offer stage by Friday 14 August 2020. At the date of writing this (24 August 2020), the RTBU has not received an update or had any further discussions with the board.

Since then, the Chair of RT Health sent out a communication to all RT Health members with a lot of management spin, but no detail, and no evidence to support the need for this tender process.

Notably, his communication draws the reader’s attention to an offer from another mutual, but also plainly states:
“the Board currently has a number of proposals from other funds for consideration".

The Chair’s email falls short of what RT Health members deserve. Why doesn’t he clearly state the details of all the offers that are being considered?

The RTBU believes the future of RT Health must be guided by three core principles:

• the fund must remain independent and run for your benefit
• if it can genuinely be demonstrated that a merger with another fund is in the best interest of members, then the only options that will be considered are not-for-profit mutuals and, of those, the most suitable mutual will be selected
• the fund must NEVER be sold off to a for-profit operator so shareholders can fill their pockets

Without rail workers, RT Health wouldn’t exist. So let’s stop this board from handing control of your fund to another entity without justification.

All RT Health members will have or will soon receive a proxy form in the mail from the RTBU.

We need every member to fill out and return this form ASAP.

Together, we can ensure that RT Health continues to be run for members’ benefit.