Rob Lucas’ disgraceful personal attack on rail workers shows that he is not fit to be the Treasurer of South Australia. 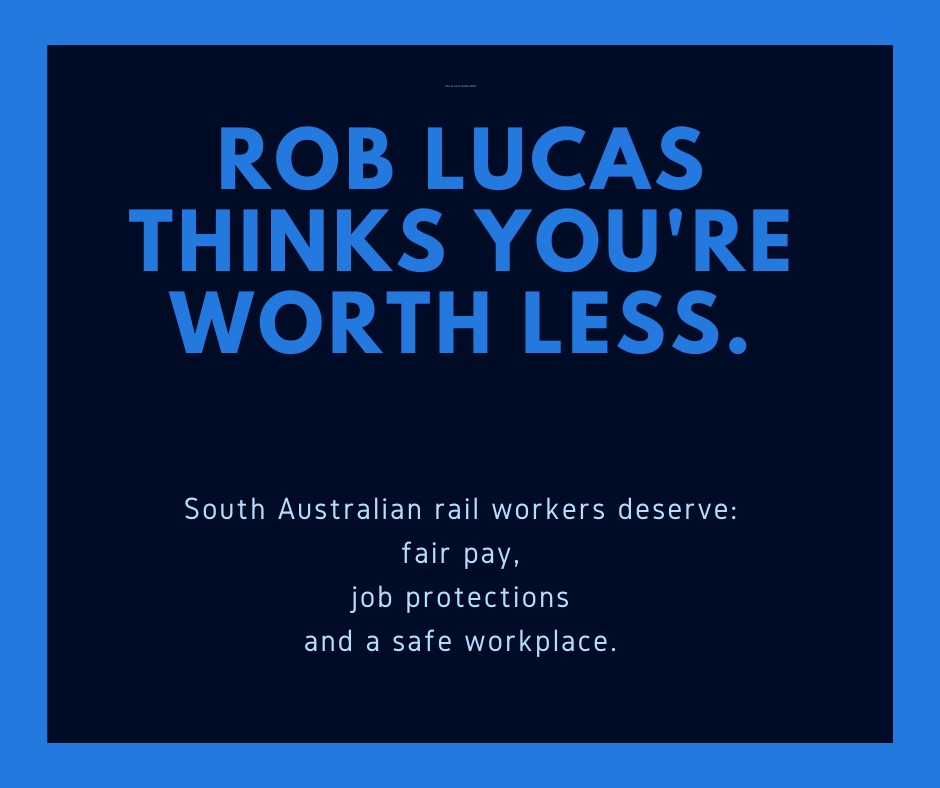 "Why does he think South Australian workers are worth less?

“This is the bloke who is privatising South Australian jobs in the middle of an economic crisis.

"How’s that for out of touch?

“Rob Lucas’ rail privatisation plan has been such a fiasco that he had to offer bidders a million-dollar loser’s fee just to stop them from pulling out.

“How’s that for wasting taxpayers’ money?

“He even gave his own Media Advisor a six per cent pay rise, while attacking rail workers for asking for four per cent.

"How’s that for sheer brazen hypocrisy?

“Rail workers want a fair Enterprise Agreement that protect jobs, protect services and protect the safety of both workers and the community.

“We’re prepared to sit down and negotiate in good faith to achieve these objectives.”

MARSHALL MUST STEP UP

“If the Treasurer has nothing constructive to add, Steven Marshall should tell him to butt out and let the negotiating teams get on with the job.”