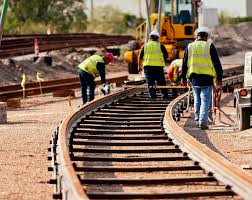 “With commodity prices and the Australian dollar falling in tandem, it’s clear that the country needs strong and decisive economic leadership.

“Investing in productivity-enhancing infrastructure such as mass transit should be top of the list. This is how we build a stronger, more competitive Australia, and how we generate real jobs for people.

Mr Nanva said research by the National Institute of Economic and Industry Research (NIEIR) found that a $100 million public transport investment generates almost 7,000 jobs over the life of the asset.

“Investment in public transport infrastructure in Australia has effectively dropped off a cliff over the past 30 to 40 years.

“A large reason for the drop in investment has been the failure of governments to recognise the productivity benefits of mass transit infrastructure.

“Research has shown that every dollar invested in public transport infrastructure returns between $4 and $7 to the broader economy.

“Countries around the world are now waking up to the need for transport reform, and the need to build more efficient cities.

“It’s time to shake off the outdated and lazy approach of the past, and time for real leadership on urban transport at the Federal level.”

The RTBU's landmark report into the economic benefits of investment in public transport infrastructure, The Free Ride's Over.

The RTBU's submission calling for a rail link to the second Sydney Airport in Badgerys Creek.