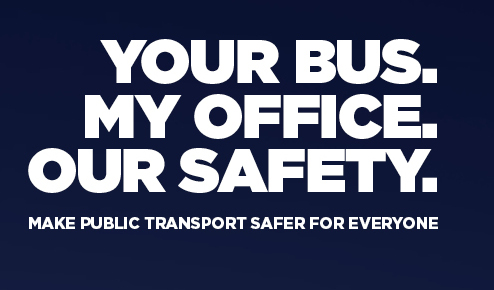 RTBU National Secretary Bob Nanva said the Your Public Transport, Our Safety campaign will stress that trains, trams and buses are not just vehicles, they are also workplaces.

“Imagine how you would feel if a random stranger walked into your office and started abusing you and abusing others, or even started a fight.

“That’s the sort of disturbing and stressful situation that public transport workers face every single day.”

“If passengers do not feel safe on their local public transport services, they'll think twice about using them.

“It is vital for the whole industry that we make public transport as safe as possible.”

Mr Nanva said the campaign would include the distribution of posters and bumper stickers, a social media video, and a national survey of public transport workers to identify local solutions to safety issues.

The Union will also hold a National Day of Respect for Public Transport Workers in November.