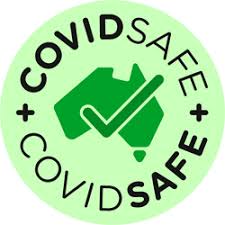 When it comes to the Federal Government’s COVIDSafe app, Australians are not buying what Scott Morrison is selling – and this is a big problem.

After an initial burst of enthusiasm, the take-up rate for the app is slowing, and the country is barely half-way towards the target level of 10 million downloads.

The response to the app sits in stark contrast to the way Australians have otherwise responded to the coronavirus crisis.

By and large, we have accepted the restrictions of social distancing, stayed at home, and looked after each other.

Those of us lucky enough to have kept our jobs, and those of us not needed on the front line of public services, have taken to remote working.

But while most of us have accepted small sacrifices, workers in sectors like health and aged care, emergency services and retail are putting their own lives on the line to keep our society going.

Transport workers are on the front line

In the rail, tram and bus industries, our members in public transport are also on the front line – not knowing if they are being exposed to COVID-19 on a daily basis.

It’s these workers who deserve our support – along with the elderly, people with chronic health conditions, and the many Australians who simply don’t have the financial means to self-isolate.

And it’s these people who need the rest of us to download the COVIDSafe app.

The COVIDSafe app is a smart and sensible way to use modern technology to aid the painstaking and critical work of contact tracing that is being done by teams of public health workers across the country.

If you do happen to contract the disease, and you have the app installed on your mobile device, then people you may have inadvertently and unintentionally infected can be identified and notified.

If it works effectively, then the app is a potential game changer in the fight against this deadly disease.

That’s why it is worrying that the Federal Government has been so unsuccessful in prosecuting the argument for the app.

Worrying, but probably not surprising.

Liberals and Nationals have poisoned the idea of collective responsibility

The Liberals and Nationals have spent at least three decades traducing the notion of an inclusive community where everyone is both welcome and supported.

They have embraced an American-style individualism over the values of collectivism.

And they have run-down the public sector in the name of “small government”, all while ridiculing Australia’s social safety net as a relic of “big government”.

The inference has been that the public sector is a malevolent force that people need to be protected against.

Ironically the actions of conservative governments themselves have done enormous damage to public confidence in our institutions.

The horror of the Federal Government’s infamous “robo debt” program, which saw thousands of Australians pursued for debts they didn’t owe, was a frightening example of how governments can mis-use technology to target their own citizens.

It’s no wonder people think their political leaders can’t be trusted.  And it’s no wonder that getting people to install a government app on their phone has turned into a tough sell.

Now Scott Morrison needs Australians to get on board with a big public sector program that requires them have trust in government.

“We’re all in this together” may be the theme song, but from the outset Mr Morrison has been reluctant to call on Australians to upload the app as an act of civic duty – possibly because notions of collective responsibility were outside his rhetorical capability.

His Damascene conversion to a supporter of social inclusion and strong interventionist government has been unconvincing.

He has looked like a man who can’t wait to snap back to the good old days of demonising asylum seekers.

Initially Mr Morrison tried to convince us to download the app with a clumsy (and misleading) metaphor about sunscreen.

When that failed, he tried to 'incentivise' us – do what I say and I’ll let you go to the footy!

When that still didn’t work, Health Minister Greg Hunt upgraded the offering - we’ll let you go to the pub too!

What will they throw in next, a set of steak knives?

Trade unionists are leading the way

Right now, Mr Morrison needs to throw out his marketing textbook and find his heart.

In fact, he needs to find his inner trade unionist.

Trade union members are not threatened by the idea of collective action.

We understand that people working together are more powerful than individuals acting alone.  We believe in the common good.

That’s why trade unions like the RTBU have got behind the COVIDSafe app, and why we are encouraging all Australians to be part of the team effort to defeat this insidious disease.

Mark Diamond is the National Secretary of the Rail, Tram and Bus Union (RTBU).