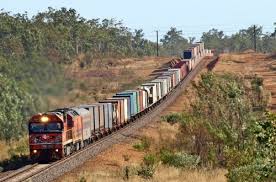 The launch of the Toowoomba Inland Rail 'information Centre' office comes just days after Transport Minister Darren Chester admitted that the project may never be built.

In a speech to the Australian Logistics Council, Mr Chester said:

Given our short electoral cycle, not to mention the vagaries of political fortune, my challenge in this term of government is to build momentum on this project and make its development inevitable.

We need to make sure that no future government will undo a decision to get on with the job of building the inland rail project.

“The job of this government is not to make Inland Rail inevitable in the future, it’s to build Inland Rail now.

"We don’t a citizen's assembly, more community consultation, or a so-called 'one-stop shop' – we just want Barnaby Joyce and Darren Chester to get on with the job.

“This Government has claimed that Inland Rail is its signature achievement for regional Australia.

“But the sad truth is that the Inland Rail project does not exist.  In fact, work has not started, and the Government has not even worked out where it will go.”

“Inland Rail is desperately needed.  It will make rail freight more competitive with road freight, and revive the local economies of towns along the route.

“The National Party has talked a big game on Inland Rail, but talking doesn’t build a railway.

“After four years of government, Barnaby Joyce and the Nationals have failed to get a single sleeper in the ground.

“Opening an office doesn’t change this stark fact, and won’t fool anyone.”