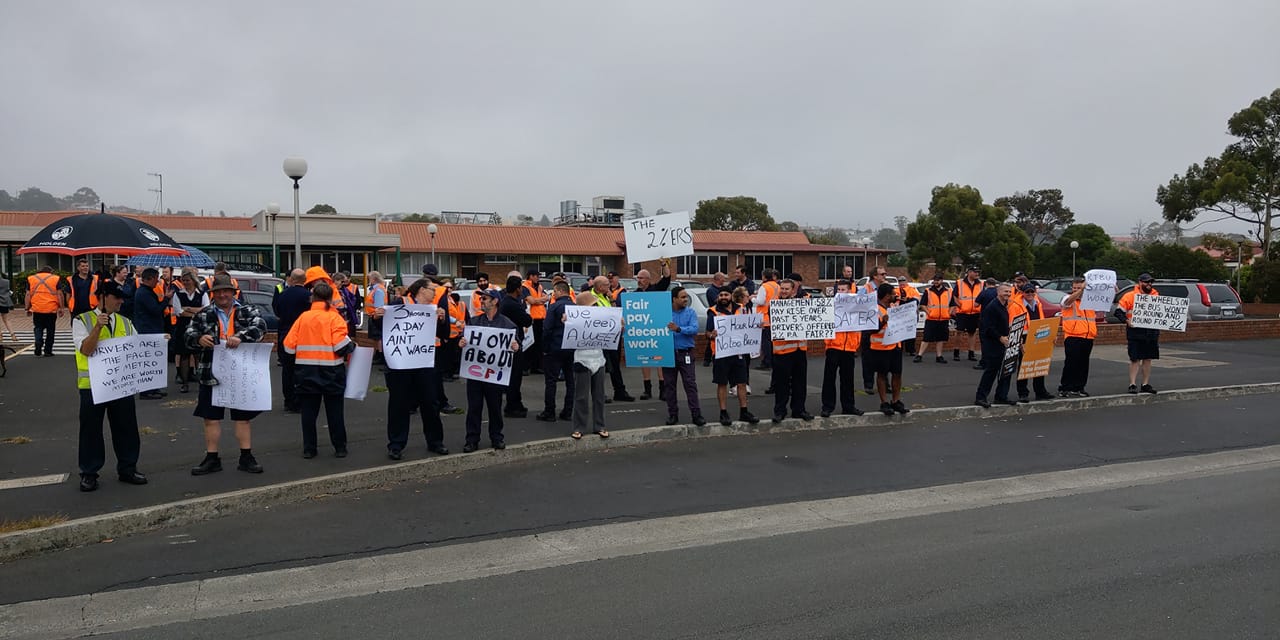 Drivers will hold a mass meeting at the Springfield bus depot from 3pm until 7pm, which will affect bus services in the afternoon peak.

RTBU Tasmania Bus Division Secretary Jody Nichols said drivers were frustrated by the need to take further action, but had chosen the date of the action to minimise disruption to local families.

"Drivers have chosen to take this action during the quiet school holidays and Easter period.

"Nevertheless, we realise that it will cause inconvenience for many travellers in the Hobart area.

"We have given Metro Tasmania a week's notice of the planned action, so we remain hopeful that Metro Tasmania will change tack and come back to the bargaining table.

"Metro Tasmania has been trying to force through a deal that includes a cut in pay, in real terms, and conditions that leave drivers in the seat for five hours at a time without a toilet break."

GUTWEIN & ROCKLIFF CAN FIX IT

Mr Nichols said the time had come for the State Government to intervene and instruct Metro Tasmania to settle the dispute.

"Treasurer Peter Gutwein and Minister for Infrastructure Jeremy Rockliff can resolve this dispute in an instant.

"The State Government keeps telling us about how Tasmania is experiencing a Golden Age under their leadership.

"Well if really they're doing such a great job, then they should at least be able to give public sector workers a fair pay raise."