What began as a dispute over 34 workers stuck on fixed-term jobs has turned into a major RTBU victory for Victorian rolling-stock manufacturing, and rail projects in general. 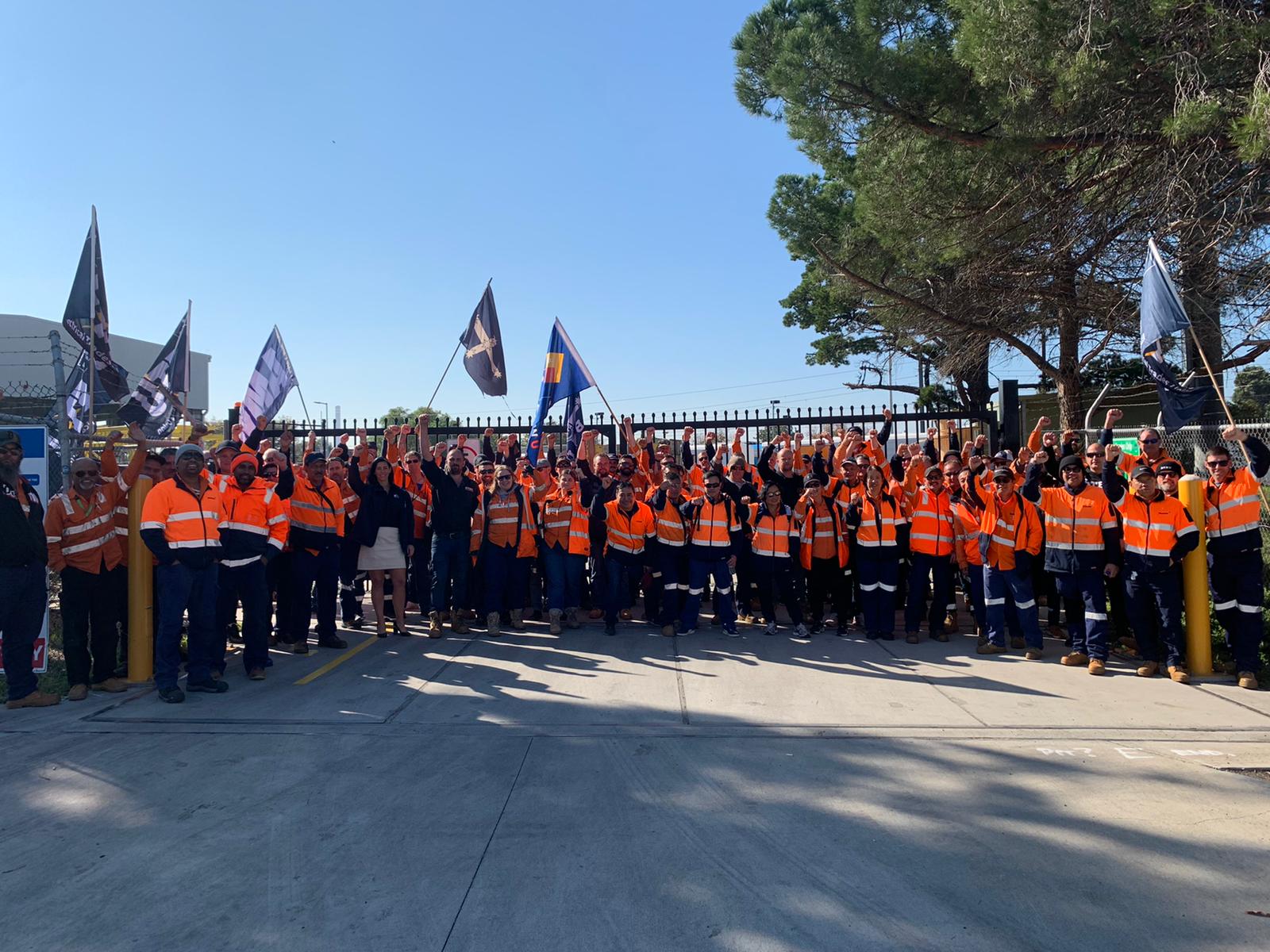 The EDI-Downer site contracted to build the new HCMT fleet has long had a culture of using fixed-term employees and casual staff.

In the process of bargaining with the RTBU for a new Enterprise Agreement the company blatantly refused to convert 34 fixed-term jobs to full-time.

The union and EDI-Downer had been holding discussions over acceleration of the project, especially on issues such as shifts and payments.

“Downer had deadlines they wanted to meet, to earn bonuses and maybe get a few more trains to build,” Kyle said.

“But once COVID hit, those discussions were put on hold and in one week 34 fixed-term workers were to be made redundant.”

In November, with the bargaining process stalled, RTBU members first voted to delay action due to the pandemic, then in February began a process involving lengthy negotiations, membership mass meetings, multiple work stoppages and picket lines.

Kyle said the RTBU’s key tactic was to target the project timetable.

“From the outset the RTBU wanted to avoid strike action, so we basically tried to figure out how to slow the project,” Kyle said. “For example we took action to hold up shunts.

“It worked in some ways, not in others, but everyone is pretty happy with the outcome.”

The new agreement also contains a 2.5 per cent pay rise for this year, a 36-hour week in the form of a nine-day fortnight from next July (which is the equivalent of a 5.57 per cent pay rise), and 1.5 per ceng in the following two years.

Members also headed off a threat to remove their rail travel pass.

“They tried to take it,” Kyle said. “Not everyone working here uses public transport to get to work, but from the start one of our basic fundamentals was that what others have fought for, you should never give up.”

RTBU Victorian Branch secretary Luba Grigorovitch said the result is a resounding victory that lays the foundations for standards on future rolling-stock manufacturing across the state.

“Across the rail and public transport industry, the RTBU has long been opposed to precarious employment and will always fight for jobs to be ongoing, secure and sustainable,” Luba said.

“Not only did the Newport members defend 34 jobs during this fight, they also converted them to permanent full-time positions.

“And they managed to ensure all future fixed-term positions will be engaged until the end of the build project, and have casual staff converted to full time positions after 12 months.

“The agreement’s nine-day fortnight also makes EDI-Downer the first rolling stock manufacturer in the country to reduce working hours, and comes packaged together with a solid wage increase.”

Current employees will also now be the given first option of all available shop-floor positions on the HCMT maintenance contract, she said.

The Enterprise Agreement was given an overwhelming endorsement by RTBU members.