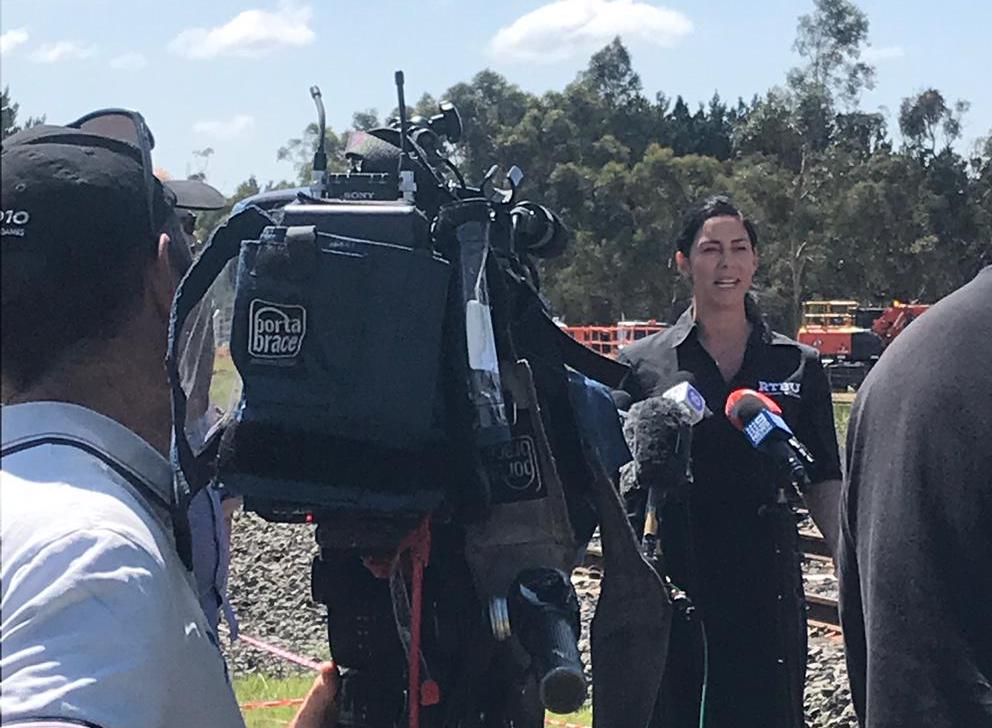 “Our members are hurting, and our hearts go out the families and friends of the two workers who were killed,” Ms Grigorovitch said.

“But along with our grief, the rail community is also angry at the Federal Government for its failure to invest in a safe and reliable 21st century interstate rail network.

While many details of Thursday’s incident are still unclear, the RTBU has ascertained the following:

On or around February 3, a truck collided with an ARTC power cable that feeds the Wallan signal box, starting a fire. That fire left the signals inoperable along a section of the rail line.

The line continued operating at full speed, under pilot to navigate the XPT through the affected section.

ARTC’s rules allow for trains to continue at normal speeds while under the control of a pilot under such conditions. MTM and VLINE, however, impose an automatic speed restriction of 25kmh.

The XPT has been running on the main line through Wallan for the past two weeks and were doing so at track speed of around 100-130 k/hr.

On Thursday 20 February, however, ARTC changed the route for trains through Wallan, moving trains from the main line to a passing loop line.

Ms Grigorovitch said that it appeared that there were a range of likely contributing factors to the derailment.

“The RTBU believes, however, that if ARTC imposed the same speed restrictions under pilot that are applied by MTM and V/Line, the incident may have been avoided.”

“The Melbourne-Sydney rail line should be the jewel in the crown of Australia’s interstate rail network.

“Instead, it’s known within the industry as the ‘goat track’ because it is in such bad condition.

“For example, sections of the track are full of mudholes.

“This incident is another sign of an operator putting profits and on-time running before safety on a network that has been neglected for too long.

“This tragedy must be a wake-up call for politicians. It’s time to stop treating rail as a second-class form of transport, and to bring Australia’s regional and interstate rail infrastructure into the 21st century.”