The RTBU’s Keep Freight on Aussie Trains campaign moved up a gear during March, with a group of Workplace Delegates from across the country meeting with Federal politicians in Canberra. 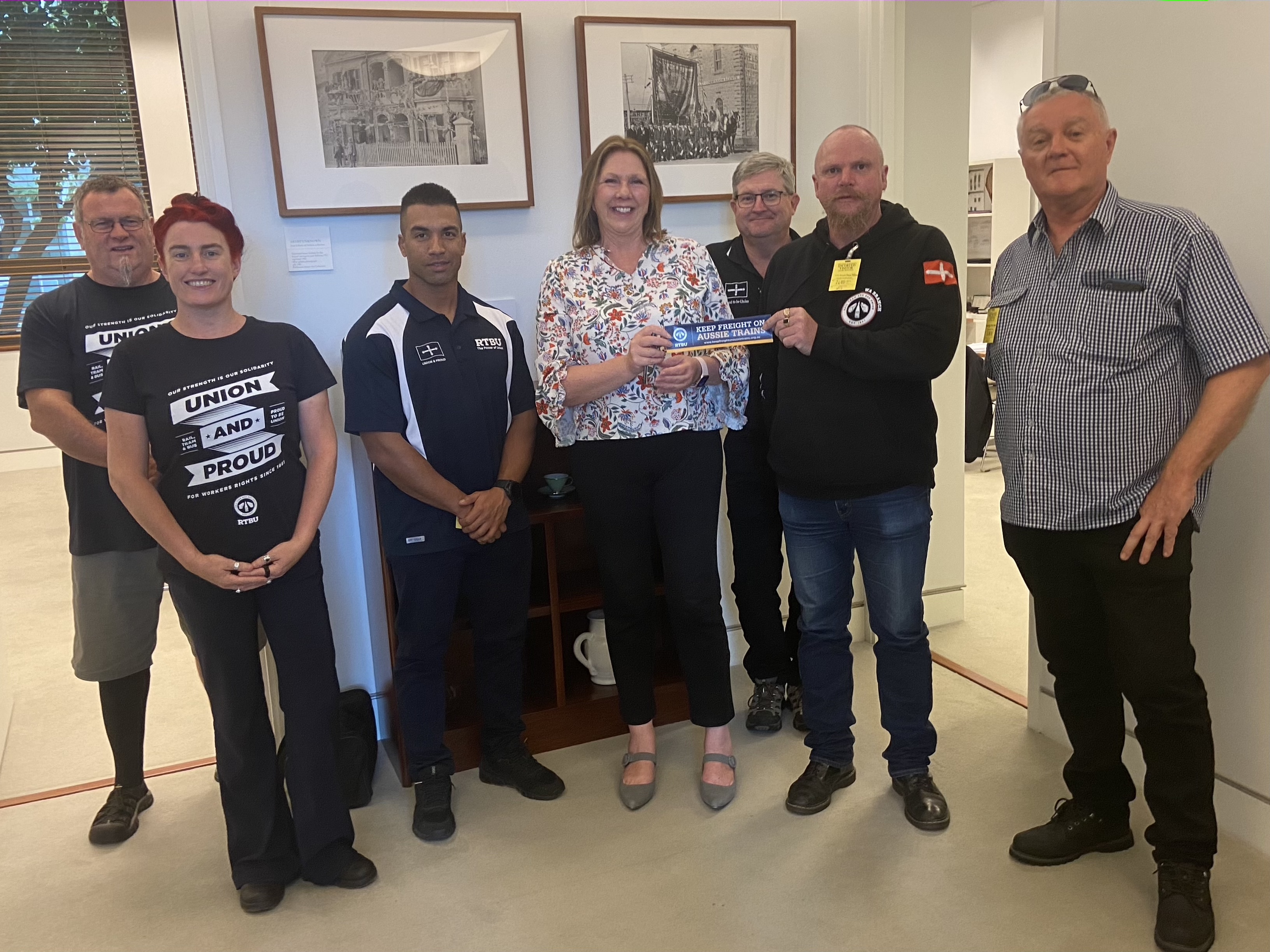 Simon said the aim of the trip was to raise awareness proposed changes to shipping laws that will make it easier for foreign-flagged ships to take business away from long-haul rail freight operators.

“We spoke to the politicians about the benefits of rail to local communities, and the need for a level playing field across the different freight modes,” Simon said.

“All the MPs that we spoke to were interested and engaged in the issues, and some admitted that they had not previously considered the impact that changes to shipping laws can have on other elements of our transport supply chains.”

Meetings were held with:

The Member for O’Connor (covering Kalgoorlie) Rick Wilson MP also agreed to meet with the delegation but unfortunately was called away for parliamentary business at the last moment.

The Union has also met with Labor Senators Glenn Sterle, Carol Brown and Tony Sheldon, along with Greens Senator Janet Rice, to discuss the campaign and the future of intermodal freight.

Tell your local MP to keep freight on Aussie trains - click here to send them an email!