After eight long weeks of the official election campaign – and several months of unofficial campaigning before that – Australians will finally get to vote at the ballot box this Saturday. 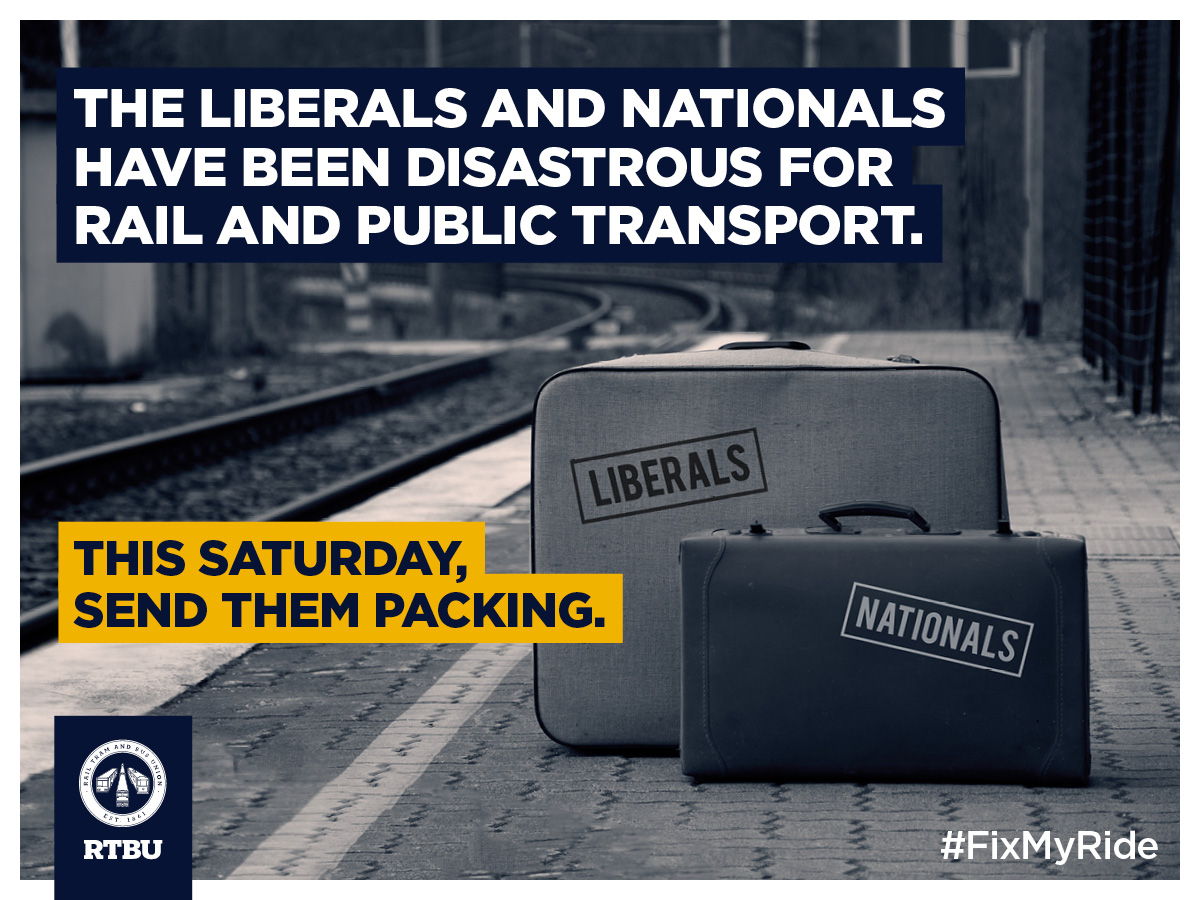 At the outset of this election campaign, we expected that Malcolm Turnbull would try to distance himself from the transport policies of Tony Abbott, and invest more in urban public transport. But as the campaign has unfolded, it's become clear that Malcolm Turnbull is all talk and no substance. There are clear differences between the major parties, especially when it comes to their policies on rail and public transport.

Malcolm Turnbull and Barnaby Joyce have continued Tony Abbott’s failed “stick to your knitting” policy of funding roads at the expense of rail and public transport.  The rhetoric may have changed, but the substance is still the same – its all about roads and cars.  They just don’t get it.

The most offensive part of Coalition policy platform, however, is its ideological attack on rail freight workers. Malcolm Turnbull and Barnaby Joyce want to move interstate freight off Australian trains and onto foreign ‘flag-of-convenience” ships from places like Liberia. If successful, this would see many hundreds of jobs in the rail freight sector shipped overseas.

On the other hand, Labor has made a number of commitments to major urban infrastructure  - including Melbourne Metro rail tunnel, the ground-breaking Perth MetroNet project, expanding the AdeLINK tram network, Brisbane’s Cross River Rail, and a new orbital rail line for Western Sydney.  Labor has also committed to progressing the Inland Rail project, and planning a High Speed passenger rail project.

The Greens have continued to support investment in passenger transport.  They have also stood up against the Coalition’s appalling Coastal Shipping reforms.  For their part, independent Senators such as Jacqui Lambie and Ricky Muir have been strong supporters of jobs in the rail freight sector.

This is no normal election. This is an election that will have a profound impact on our industries.

If you believe in rail and public transport, and if you support jobs for Australian transport workers, then you MUST put the Liberals and the Nationals last.

The Liberals and Nationals have been disastrous for rail and public transport. This Saturday, send them packing.