The Queensland Tram & Bus Division has been distributing ‘Activist Kits’ specifically tailored to the needs of Brisbane’s female bus drivers. 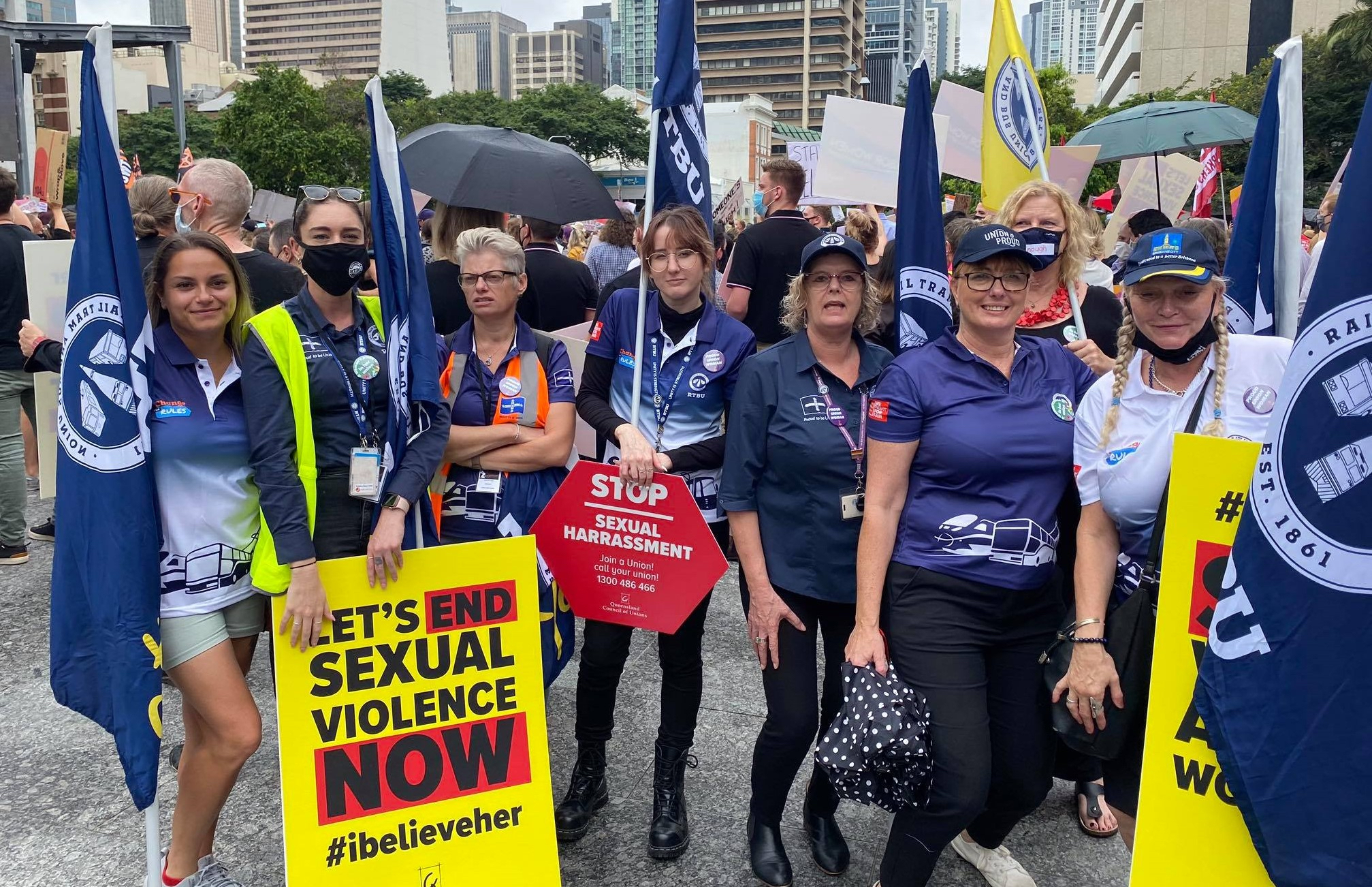 Queensland Tram and Bus Division Secretary Tom Brown said the kits are part of a campaign – which was launched on International Women’s Day - to lift the number women drivers, improve their work facilities and encourage more women to join their union.

“The common issues that we hear about from women members are that there are simply not enough of them, and the poor standard of facilities they are forced to use when on the road,” Tom said.

“Fewer than 10 per cent of drivers employed by Brisbane City council are women. The council’s target is only 10.5 per cent and they can’t even meet that.

“When we do recruit women the facilities out on the road are pretty poor for men and pretty pathetic for women, and that means it’s hard to retain women drivers as well.

“The package was a note of encouragement. The situation is that women need to get active if they want to improve things. More female drivers means better facilities.”

A woman's place is in the union

The kits contain a booklet, A Woman’s Place Is In The Union, which Tom said was almost a subtitle to the campaign.

“It basically tells women what their rights are and what the standards should be for their work facilities. It shows them step by step how to get more involved.”

The kit also contains a newcomers’ pack, which Tom said encouraged members to find someone not in the union and have a conversation about joining, plus RTBU gear including a voucher for a union-badged T-shirt.

“The facilities in the workplace mean you are using port-a-loos, which are the most disgusting things, and we are forced to share facilities with men,” Wendy said. The floors were often wet and dirty and totally unsuitable for women.

“We are continually trying to get our own facilities, where at least we can get a bit of clean comfort.”

Wendy said she was fed up with the standard “give the ladies a morning tea and they’ll be happy” approach, and the information pack was a better way to get to more members.

“Being in the RTBU you don’t get to catch up with all the women at the same time. It’s not like an office,” she said.

“They are all out doing their job at different times so can’t all be in one place. But we wanted all our women to be involved.”

She said the kits had been a hit, with their information on the union plus small gifts such as RTBU-badged nail files, mirrors, a tote bag and T-shirt.

“They are just little things women can use every day, to say we appreciate everything you do. People at my depot loved them.”

At the time of writing the packs were still going out, but Tom said they have been an immediate success.

“One delegate tells me in her depot of 25 members, 17 have been handed out and she has already gotten back several shirt vouchers, and a new member has signed up,” Tom said.