Best wishes to Ray and Reg

An accident involving an Aurizon freight train and truck near Kalgoorlie in February has highlighted concerns over the need to get freight back on the tracks in Western Australia. 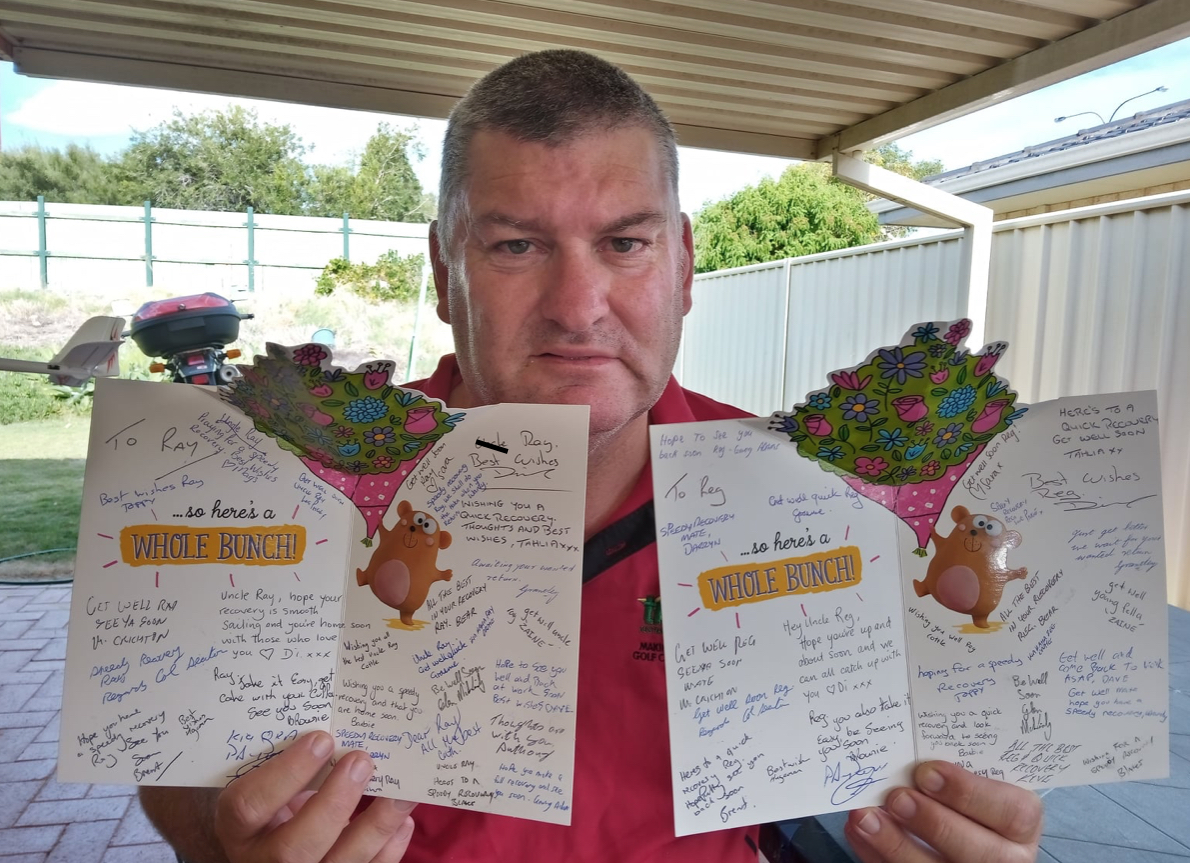 It appears that a road train truck drove into the train’s path, resulting in the collision and the derailment of the locomotive.

The train’s two drivers, Ray and Reg, were seriously injured in the collision, with Ray still in hospital at the time of writing.

WA Secretary Craig McKinley took two get-well cards to Kalgoorlie, where the drivers’ friends and workmates signed them, before returning them to the injured men.

As well as campaigning to get more freight back on rail, Craig said something needed to be done about the size and volume of road freight transport itself.

“They hit a fully laden ore truck that was pulling three trailers,” he said. “As a union the RTBU wants to see something done about the size - the tonnage - of these trucks.”

The Australian Transport Safety Bureau is investigating the collision.