Fifty years ago today, a Victorian union leader was sent to prison for standing up against tyranny. 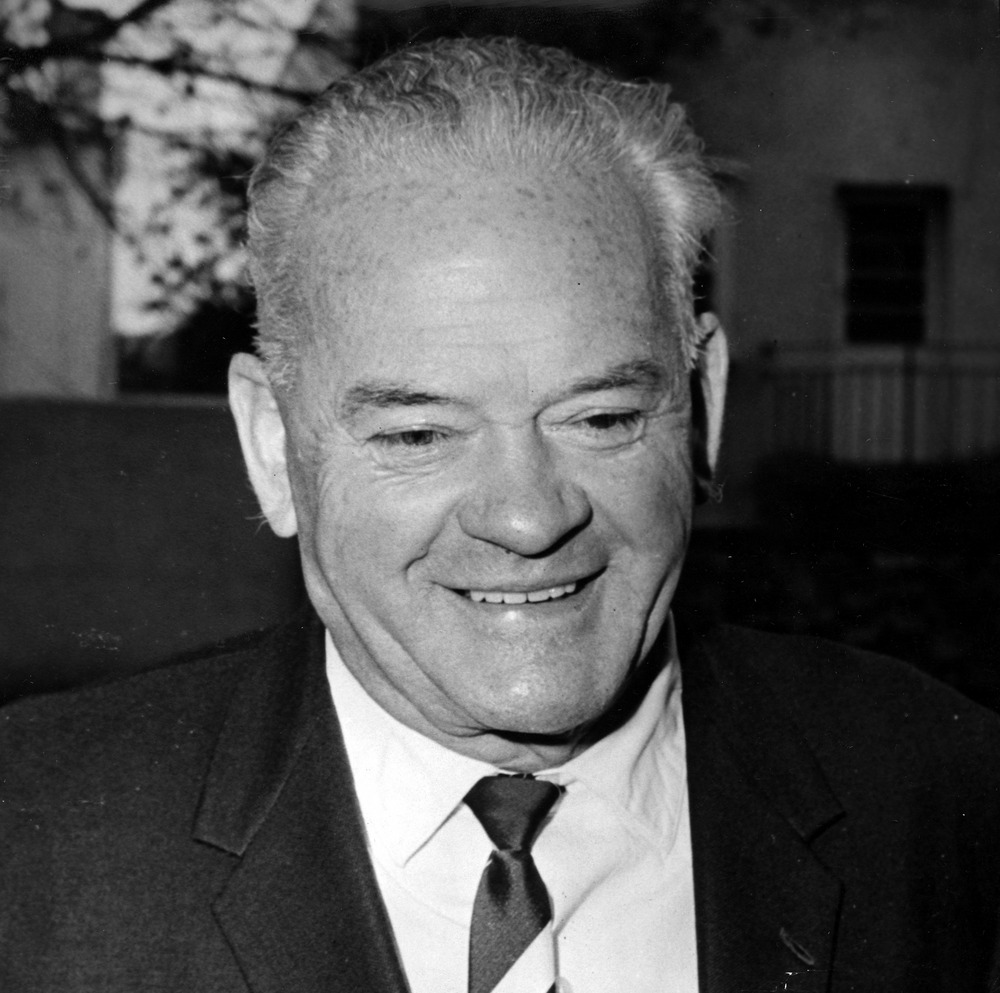 The gaoling of Clarrie O’Shea triggered Australia’s last mass industrial uprising, with around one million Australians participating in a General Strike.

The General Strike came at a pivotal moment in the history of modern Australia.

After nearly twenty years of conservative rule under Menzies, Holt, McEwan and Gorton, Australia was finding its modern, progressive voice.

Our first peoples had finally won the right to vote, support for the Vietnam War was starting to fade following the Tet offensive, and the Beatles were about to drop their seminal Abbey Road album.

The times were a changin’.

Meanwhile, conservative forces were starting to worry that their choke-hold on political power was slipping.They were determined to quell any sense of popular rebellion.

Into this volatile mix strode Clarrie O’Shea – a Melbourne tram conductor, who had been the Secretary of the Victorian Branch of the ATMOEA, the Tramways Union, since 1947.

Clarrie was no shrinking violet. While genial and funny, and a keen punter, he strongly believed that the capitalist system was stacked against working people, and he dedicated his life to upending the injustices he saw around him.

He also believed that workers had an absolute right to strike. So when the courts piled fine upon fine upon fine onto the Tramways Union for taking unauthorised industrial action, he stood firm and refused to pay.

The authorities seized ATMOEA’s bank accounts - but the Union had taken precautions by moving most of its money elsewhere.

Summonsed to the Industrial Court, O’Shea turned up flanked by thousands of workers and unionists.

Before presiding Judge Sir John Kerr (later to become Australia’s most infamous Governor General) he refused to take an oath or to disclose the whereabouts of the union’s remaining funds.

“I do not wish to be sworn,” he said. “I challenge the authority of this court … because I am a paid servant of my members, I am directed to protect their interests at all times.”

“I do not want to hear any speeches from you,” Kerr replied.

After adjourning court for half an hour, Kerr came back to invoke the Industrial Court’s controversial ‘penal powers’, and ordered O’Shea be taken to Pentridge Prison.

He was told he would remain in gaol indefinitely - to be freed only when he “purged his contempt”, by revealing where the unions funds had been stashed.

The news spread like wildfire. Thousands of Victorian unionists walked off the job immediately.Workers in other states quickly followed suit – some through organised strikes, many more through wildcat actions.

Soon over one million Australian workers withdrew their labour in protest over the jailing of Clarrie O’Shea, and the use of state power to attack working people.

The situation became untenable for the Federal Government. As the crisis escalated, a mystery ‘philanthropist’ paid ATMOEA’s outstanding fines, breaking the deadlock, and enabling O’Shea to be set free.

Today’s parallels with 1969 are startling.

We now have had conservative rule for 17 of the past 23 years. Across the economy, union density is at historic lows, and the bargaining power of workers has been diminished.

Workers’ wages are barely keeping up with inflation, while jobs are becoming more precarious.

Casualisation of work is rampant, while the much-trumpeted new frontier of the gig economy is little more than a re-badged form of serfdom.

Today, it is commonplace for people to be working two, three or four different jobs just to make ends meet.

The right to strike has been whittled away by successive governments. Last year, striking NSW rail workers – taking legitimate and legal protected industrial action – were forced to go back to work by the Fair Work Commission.

Permanent quasi-judicial bodies such as the Registered Organisations Commission and the ABCC have been established purely to monitor, regulate and disrupt union activities, and to tie union officials in a web of red-tape.

As we have seen through the botched Federal Police raids on the AWU, the close ties between political offices and these bodies has raised serious questions about integrity and the misuse of government power.

That’s why Clarrie O’Shea’s legacy will ring loud this weekend.

The Federal election is our chance to set Australia on a new path.  It's our chance to take power for the people, to make our scandal-ridden corporate sector accountable, and to restore faith in our public institutions.

This is Australia’s chance, once again, to find its modern, progressive voice.