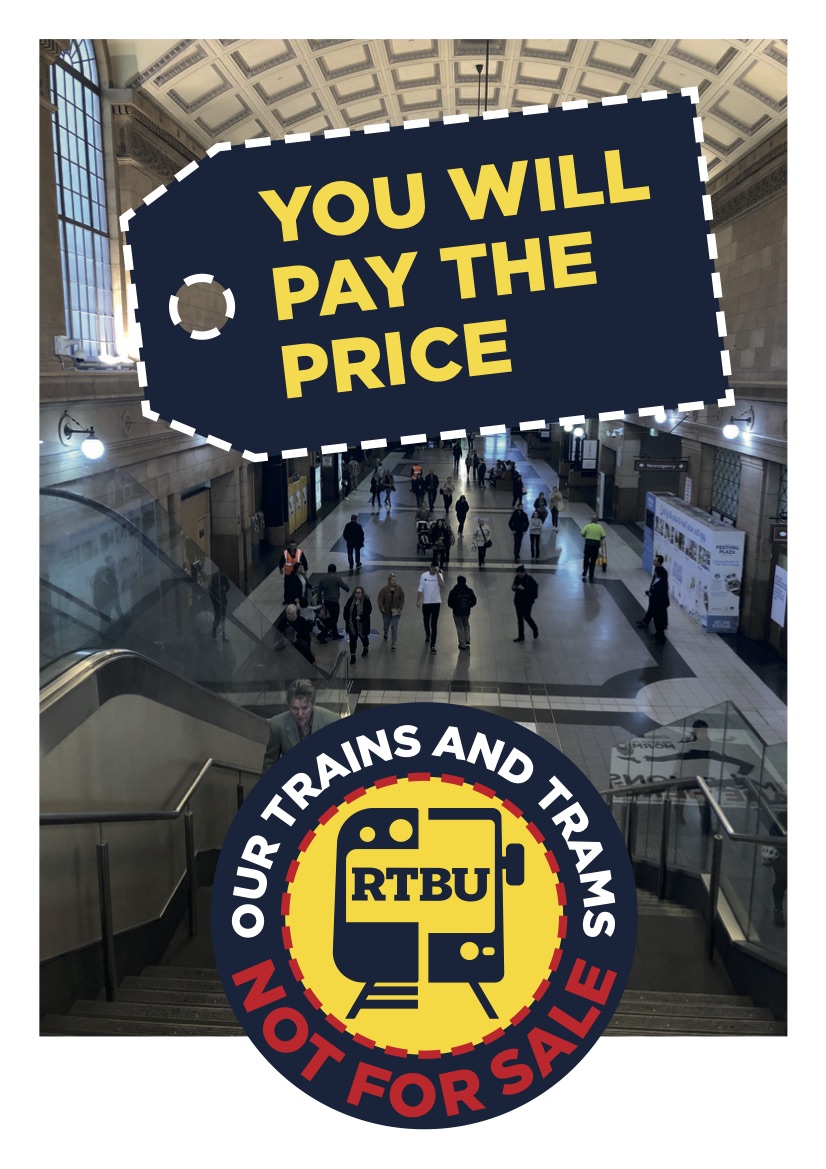 Train employees will meet at the Adelaide Convention Centre from 11am to 12 noon.

RTBU SA/NT Secretary Darren Phillips said workers were looking forward to hearing directly from Transport Minister Stephan Knoll, and to finally getting some answers to their questions.

“Workers have a long list of questions about the government’s plans for the transition to a private operator.

“They want to know, what guarantees will be put in place to protect their wages and conditions, how their existing entitlements will be affected, and whether they will need to apply for their own jobs.

“There are also many unanswered questions about why the Government is so hell-bent on privatisation.

“Given that the Minister has already admitted that privatisation may not save the Government a single cent, we are still confused about what he is trying to achieve.”

WHAT IS MINISTER KNOLL TRYING TO HIDE?

Mr Phillips said it has been 50 days since Stephan Knoll announced South Australia’s train and tram services would be outsourced to the private sector, without presenting a business case or any financial modelling.

“That’s 50 days of secrecy, evasiveness, obfuscation and spin.  We still don’t know what Mr Knoll is trying to hide, or why.

“Today is Minister Knoll’s opportunity to front up and come clean.  He must not hide any longer.”

Mr Phillips said the information meetings would inevitably cause some inconvenience to commuters.

“If Mr Knoll fails to turn up or fails to answer basic questions, then today’s meeting will be a massive waste of time and commuters will have every reason to be furious.”

Mr Phillips encouraged South Australians to sign the RTBU’s community petition in support of publicly owned and operated train and tram services, which is available at https://www.megaphone.org.au/petitions/our-trains-and-trams-not-for-sale