Scott Morrison’s so-called Industrial Relations Omnibus bill has fallen apart, after five of the six elements of the bill were rejected by the Senate. 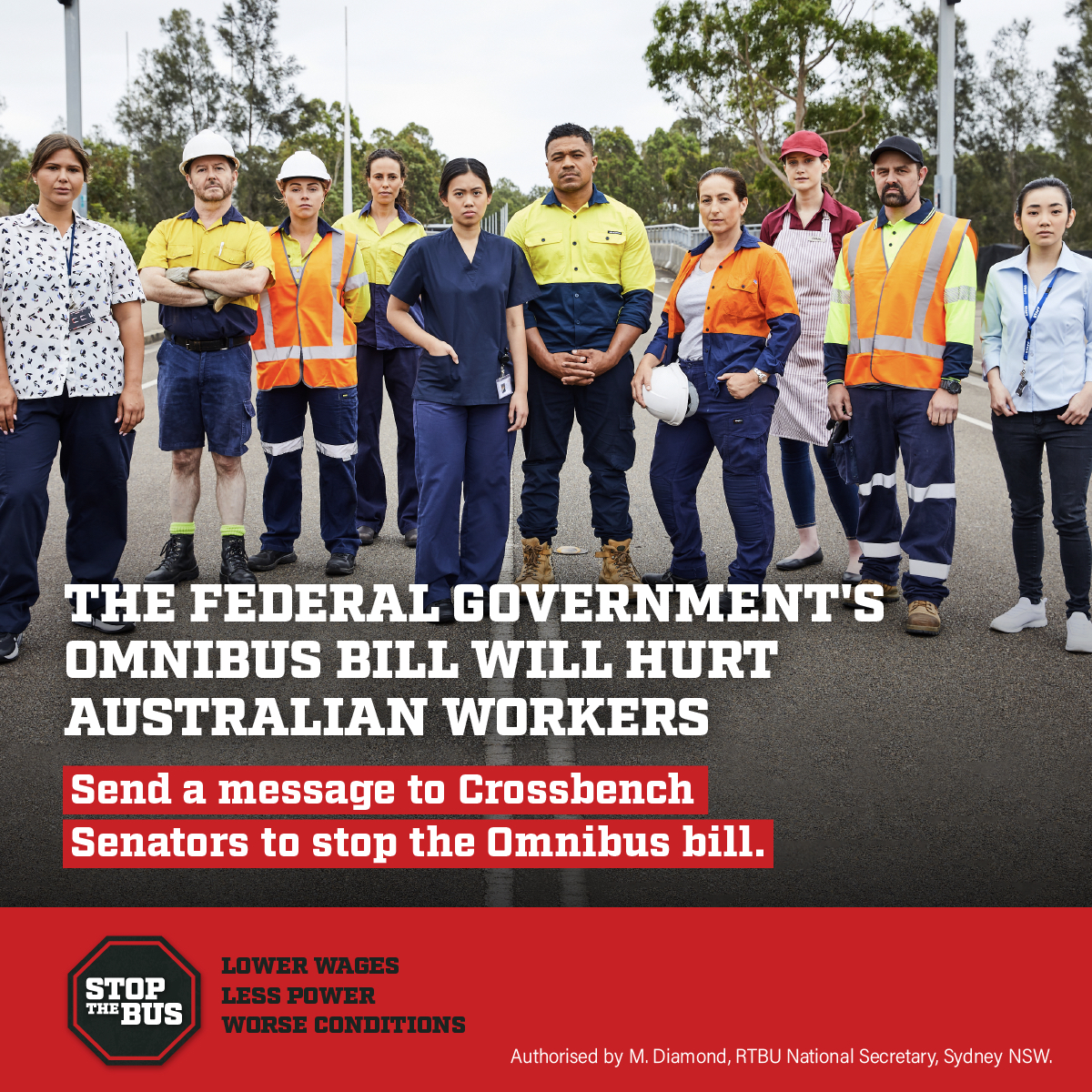 The only section of the bill to pass relates to casuals. It inserts a statutory definition of ‘casual employee’ into the FW Act and allows Courts to offset casual loading paid against any amount being claimed by an employee when they have permanent entitlements.

It also includes a casual conversion entitlement in the National Employment Standards.

RTBU members were at the forefront of efforts to convince Senators to reject the Omnibus bill.

The union also contributed to the high-profile ‘Stop the Bus’ campaign, which saw a series of hard-hitting advertisements screened on commercial TV and across social media platforms.

National Secretary Mark Diamond said the Omnibus bill was a blatant attack on the rights of working Australians.

“The Omnibus bill would have made it even harder for Australian workers to negotiate fair pay and conditions.

“Everyone who participated in this campaign should be proud. We stood up for our rights, and we won. We stopped the bus.”