Delegates, the Prime Minister tells us we live in exciting times.

And I think it is demonstrating this difference that will define the success of Labor in the years ahead.

If we are to confidently and visibly reclaim our core values, then we must fearlessly assert our role as a true Labour Movement.

We must proudly display an indivisible unity of purpose between working people, their industrial interests, and their political interests.

We know this unity is under attack. 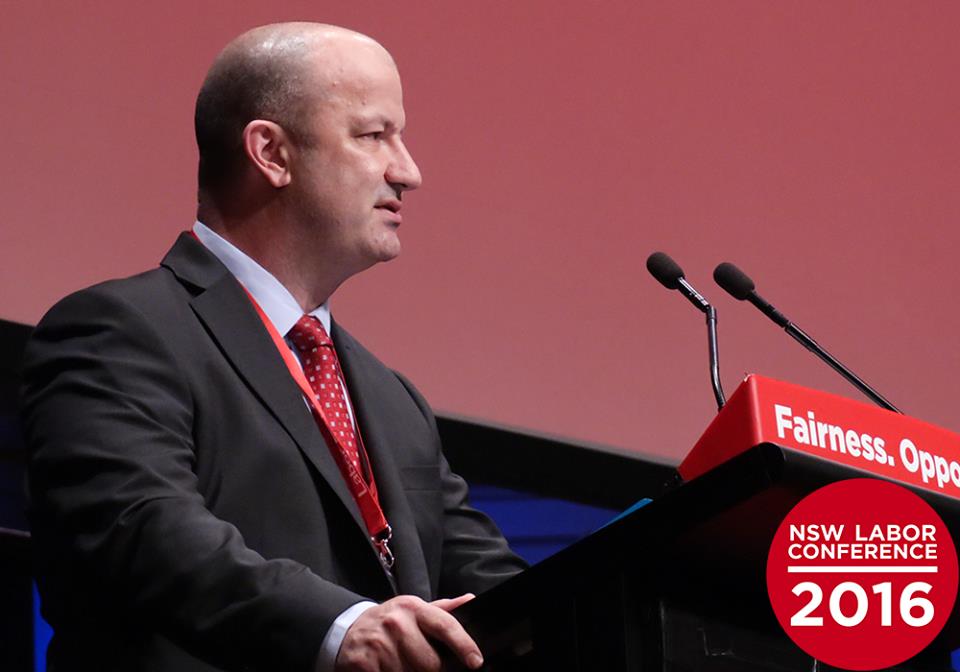 The conservatives have been using the power of office to launch an assault against our movement.

They have pinpointed not just unions - but the very principles of Unionism - as their targets.

Specifically, they are cynically targeting the link between the Australian Labor Party - and the broader Labour Movement.

There is no greater political goal for the Coalition than to sever this link.

And from their perspective - this makes tactical sense.

But make no mistake, it is purely a tactic.

No one, not even the Tories, genuinely thinks that weakening unions will benefit the economy - let alone the average Australian.

A glance at the data from across the world shows zero evidence for the weakening of unions being associated with productivity gains.

A beaten-down, powerless workforce does not deliver national economic success.

The wealthiest, happiest nations on earth are the ones where workers can collectivise and negotiate with their employers.

Where working people have political power.

If unions were an impediment to economic success, the US National Bureau of Economic Research would not find a ‘strong link’ between the power of unions and the well-being of the middle class.

Australia would not have just enjoyed 25 years of uninterrupted economic growth through the Accord.

So let’s set aside any notion that the Liberals are committed to weakening unions out of ideological purity.

No, they want to break the link between the union movement and the political party it built, because it is this link - this stubborn, bastard of a link - that holds firm every time they try to change Australia into some kind of neocon experiment.

When they want to drop the minimum wage or get rid of it entirely.

When they want to cut penalty rates.

When they want to cut pensions and increase the age of retirement.

When they want to strip welfare from those who desperately need it.

Or eradicate workplace rights. Or get rid of public holidays. Or reduce the tax responsibilities of corporations and the wealthy. Or slash funding for schools and hospitals. Or remove the barriers that protect foreign guest workers from exploitation.

The elites have tried to snatch power and wealth away from working people for over 100 years. But we must not let them.

And in a rapidly shifting economy, it has never been more important to stop them.

Because in a dynamic global environment - it would be absolutely foolish to assume the historical role of organized labour cannot - and will not - trend back upward again.

None of this excuses the need for change and evolution.

Australian trade unionists recognise when change is needed in our own backyard.

We know we have to drive a more effective growth agenda, to identify new and modern ways of engaging a rapidly shifting workforce.

But we should never allow dubious attacks on our values and purpose to cloud our thinking.  Particularly in the field of ‘innovation.’

This is where there is room for Labor to be doing a better job at differentiating ourselves from the Liberals.

Because when the likes of Mr Turnbull and Mr Baird spout enthusiastically about innovation - they do so very authentically.

As former merchant bankers their enthusiasm is obvious.

When they lick their lips and talk about disruptive opportunities, start-ups, entrepreneurial risk taking, and being allowed to fail - they mean it.

They can smell the opportunity for someone like them - and the people they know - to make a killing.

It’s the same combination of self-interest and callousness that has guided conservatives for centuries.

They just want to create conditions favourable to their tiny elite group of mates.

From there they assume everything else will trickle down or not.

That’s why we need to ensure when working people hear Labor talk about innovation – they are not hearing something that’s basically identical to the Liberals.

We need to have more than a sliver of light between our philosophical approach to the subject and our opponents.

While there is nothing inherently wrong with having an ambition to become a “start-up nation” - we need to think very long and very hard about what this means for our people - for working people.

A start-up salary looks riskier - so getting a mortgage is harder.

And there is scant data to show that all entrepreneurial start-ups are a driver of economic growth - or of job creation.

So if we - as Labor - enthusiastically throw our weight behind the idea of making Australia a “start-up nation” – we must also turn our minds to what the average working Australian makes of it?

What a nurse makes of it? A garbage collector, a social worker, a police officer, a childcare worker, a truck driver, a train driver, or a classroom teacher?

People who have little opportunity to start a start-up.

But people who instead see a great virtue in using their efforts to do jobs that are directly and tangibly useful to their fellow Australians.

They may not ever be bought-out by Google.

But their work makes a profound difference in real lives in real communities.

We should never accept these workers should have their wages frozen or reduced while we make it easier for the privileged to try - and to fail.

The big score - the big dream - is not the only thing worth chasing.

We should not accept the idea that if you’re not surfing the crest of the wave – then you should be left to flounder in its wake.

Pure, naked capitalism - the type revered as a religion by those in the Liberal Party - creates this kind of system.

But Australia has been built on different values.

We are a nation built on the principle that if you do an honest day’s work - if you participate in and contribute to our society - then you are entitled to a comfortable and dignified life.

And your family is too.

And if you’re doing your best we won't leave you behind either.

That’s why, unlike the Coalition, we will not project a view that the decent work of those who aren’t start-up entrepreneurs is somehow secondary.

Unlike the Coalition we are interested in the street level of our economy.

We do not see average wage earners only as potential payers of GST.

When it comes to innovation - we understand our role is to not just see it through the lens of what it delivers for the entrepreneurs - but for the bulk of workers and their families.

Unlike Baird and Turnbull we will not be content with cheering on the potential winners of disruption and innovation.

We have an obligation to focus on the potential fall guys of this change too.

And we can only do it - just as we have done in the past - by being clear about our values and our unity of purpose across the Labor Movement.

Caring about the interests of working people for Labor people is not about electoral expediency.

Unions and Labor care about working people because it is our reason for being.

When we see this clearly - everything else becomes clear too.

Perhaps a Labor focus on innovation, instead of supporting the idea of whizz kid entrepreneurs or risky start-ups, might emphasise more strongly the role of public sector research.

After all, the public sector has a pretty fine record in terms of innovation breakthroughs.

The American Space Program has served up some pretty decent concepts over the years.

Closer to home, the CSIRO had a pretty tidy idea when it came to Wi-Fi and hundreds of others.

And this sector is a little more reliable when it comes to providing a diverse range of quality employment that allows working people to build their lives and the lives of their families.

This of course, would be heresy to the Liberals.

They supposedly love innovation, but somehow find a way to tear research and development spending to shreds every time they’re in office.

Just last week we some 350 CSIRO staff learnt they would be sacked by the Turnbull Government.

This is where Labor can be boldly different.

We can make it very clear that, to us, innovation is not about lionising a handful of gold medallists who claim glory.

We champion a more collaborative and inclusive way of playing the game so there is a benefit to our community.

Friends, we need to be working at the challenge of fostering and growing innovation as a unified Labour movement.

That is the very clear and obvious line between where we stand on the future - and where the Tories do.

And I have complete confidence that we have the principles and the smarts in this movement to be drawing that line very, very sharply.