The Tasmanian Branch has questioned TasRail’s commitment to safety, with the State Government-owned rail company dragging its heels on a number of serious safety issues – including deteriorating air brakes on trains.

Tasmanian Branch Secretary Ric Bean said TasRail, a government business enterprise, recently installed new corporate posters in their depots - one of which proudly proclaims “We will never compromise on safety”.

“It’s quite hypocritical, given the severity of the business’s cement train runaway three years ago, despite all the warning signs clearly evident for an extended period beforehand, with literally dozens of differing control-related reports having been made by RTBU members to TasRail,” Ric said.

Ric said lessons of that incident seem to have quickly faded from the minds of some within the organisation, as two years ago reports began to emerge of faults with self-restoring points at train crossing loops, with frustrated members contacting their RTBU representatives when the issues continued unresolved.

“The warning signs were there and it was obvious a derailment was potentially imminent, as there had been around 18 reported incidents within a six-week period.

“There would have been a number of unreported incidents as well, as people just give up trying to do the right thing when little if anything is acted upon.

Ric said TasRail also chose to ignore intermittent reports of irregular train air-brake behaviour until he, along with a trainee, was at the controls of a barely-under-control train while descending a steep section in August last year.

“How much importance would you place on being able to safely control the speed of a train – or indeed stopping it – down a long steep gradient?” he asked.

“Locomotive drivers around the country would appreciate and understand it is the absolute No.1 item. All of us at times have awoken from a virtual nightmare of being at the head of an out-of-control train with ineffective or non-existent brakes.”

Ric said the train was stopped at a safe location at the bottom of the grade for an inspection, and there it stayed for much of the day. Eight wagons were found to essentially be unbraked.

“TasRail did take the matter reasonably seriously at the time,” he said, “though they did need to be prompted to take certain actions at various stages.” 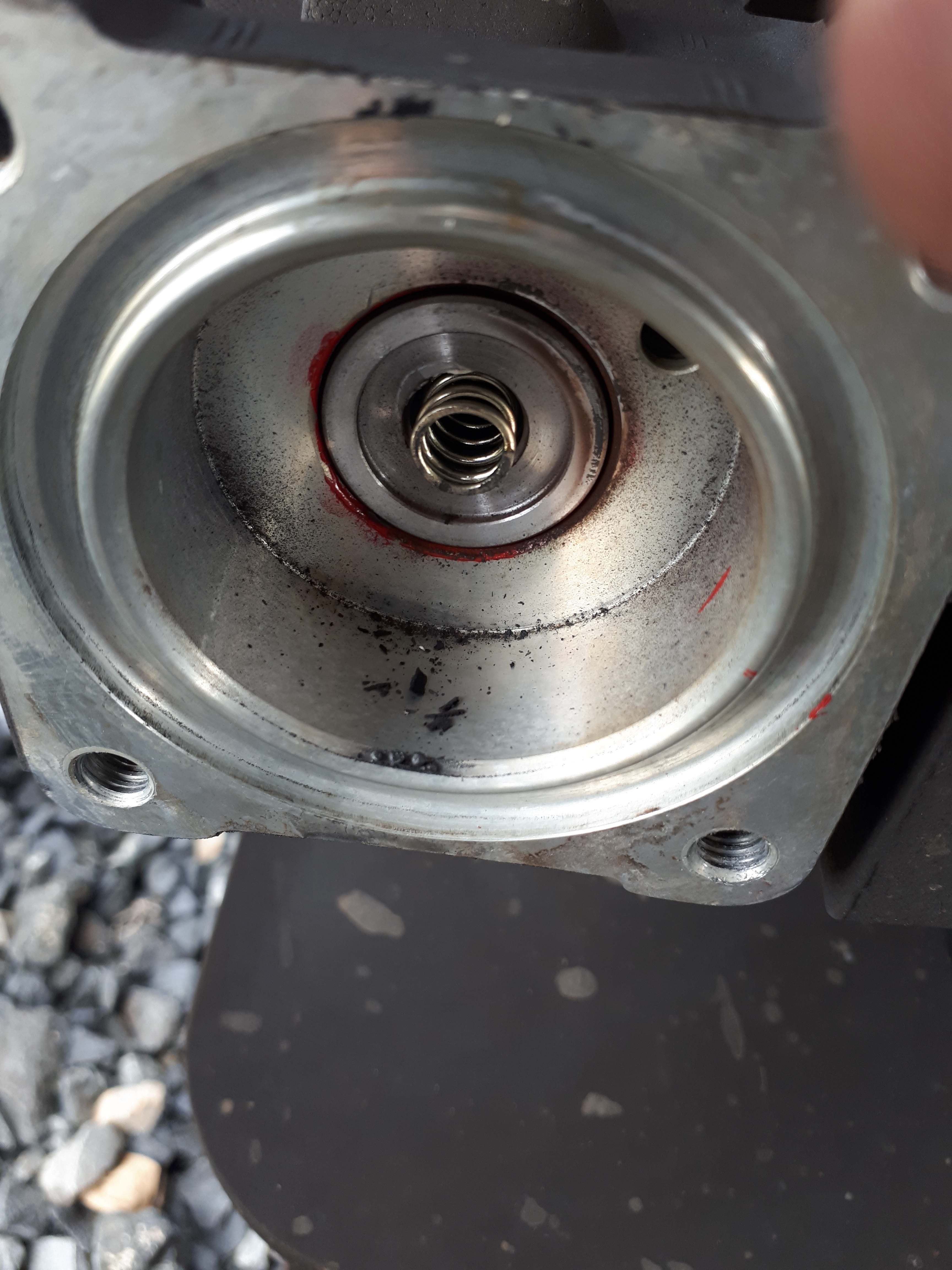 Initial investigations revealed several different issues, but the main problem was a buildup of contaminants in the ELX (empty/loaded valves), the source of which remains unknown and remains a problem. (see image)

“For some months the business mitigated the risk with ongoing checks of these Chinese-built flat wagons,” Ric said.

“But the RTBU was recently alarmed to learn that despite the root cause of, and source, of this contaminant not being identified, and with the issue ongoing, TasRail ceased conducting its risk-mitigation activities earlier this year.

“A gradual re-deterioration of train air-brake performance was being noted by drivers, culminating in further train soppages and checks revealing more wagons in service effectively unbraked, with just the slightest of air pressure within brake cylinders.”

Ric said that at this point the RTBU was prepared to take serious action to protect members’ safety. But discussions with TasRail resolved that all 170 wagons would receive a “single-car air test”, with some additional parameters thrown in for good measure, within a week to 10 days.

“These tests revealed close to a quarter of the fleet was significantly defective, which is about the same figure that was turning up on each train that was stopped due to poor air-brake performance.

“Despite promising to provide the union with their formal test data, two months on, this still has not been received.”

Ric said that on top of this, older “legacy” locomotive brake valves and brake racks have also began failing in concerning numbers.

“Initially these issues were not receiving the level of attention they should have been, however, once the RTBU began to show an interest, these problems were given the attention they required”.

Ric is also frustrated by the lack of action from the rail safety regulator on these matters.

“And just where has the Office of National Rail Safety Regulator (ONRSR) been during all these serious safety issues?,” he said.

“That’s right, too busy with their relentless endeavours to force in-cab surveillance upon us all.

“When operators don’t take safety seriously, and even the regulator is missing in action, the best protection for workers is in a strong, active and persistent union.

“I have no doubt that the RTBU’s work has prevented more serious incidents from happening in Tasmania.”