Solidarity Selfie: Wear it loud and wear it proud

Put on some union gear and post a selfie to show your solidarity for RTBU members at Sydney Trains and NSW Trains. 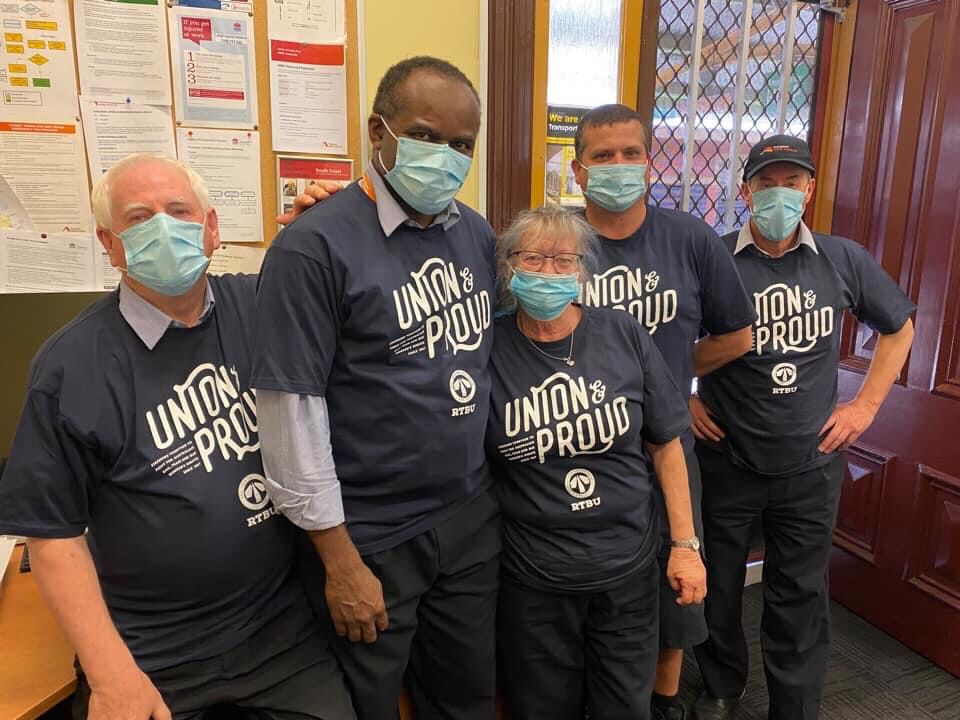 Members at Sydney and NSW Trains have been forced to take a range of protected industrial actions following the NSW Government’s refusal to come to the table with a fair new enterprise agreement.

In fact, NSW Secretary Alex Claassens says the NSW Government is refusing to come to the negotiating table at all.

“No senior transport officials, nor the Transport Minister, have even bothered to meet with us at all throughout the negotiat

“NSW Trains and Sydney Trains senior executives have not once met with their employees to discuss their combined claims. Saying we’ve been forced to take industrial action is not an exaggeration.

“All we’re asking for is a clean, safe and efficient transport system to work in and for the community to enjoy, for good, secure, jobs, and to be paid fairly for the work we’re doing. At the moment, the NSW Government is refusing to even send someone to the negotiating table to discuss our concerns.”

Among the issues of concern for workers are the maintenance and bringing in house of COVID cleaning jobs, an absolute must given the past 18 months and new community expectations of the cleanliness of our network, and the introduction of the dangerous New InterCity Fleet.

“We have chosen our actions in an attempt to minimise the disruption to essential workers using our public transport networks, but there will no doubt be delays. No one wants to have to take action, but the government has forced us into this position.

“All we’re asking for is respect, and for safety and security for workers and the travelling public. We can’t sit back and let the government put workers and the community at risk.”
Industrial actions taken by members so far have included:

• a 4-hour work stoppage on Tuesday 28 October;
• Drivers sounding their horns when leaving every station
• Station staff performing their duties sitting down
• Go slows
• Stopping at all stations
• Ban on higher duties
• Bans on cleaning hazardous waste and graffiti
• working to rule;
• an indefinite ban on working on the New Intercity Fleet; and
• wearing union gear to work.

National Secretary Mark Diamond said members across the country could show their support for Sydney and NSW Trains comrades by posting a “solidarity selfie” on the new RTBU National Facebook page.

“We can all show their support for the comrades by putting on some RTBU gear, taking a selfie on our phones, and posting the pic to the Australian Rail Tram and Bus Union Facebook page.

“Let’s show the NSW Government that it’s not only dealing with a highly organised and disciplined workforce, it’s dealing with a powerful and united national all-grades union.

“We are always stronger when we are together.”