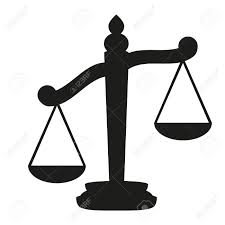 The decision by Commissioner Hampton in Australian Rail, Tram and Bus Industry Union v Rail Commissioner [2019] FWC 3944 is notable in that it considers the concepts of ‘procedural fairness’ and ‘natural justice’ and discusses them in the industrial context. In particular, the decision explores the application of these principles to a disciplinary process.

The Rail, Tram and Bus Union (RTBU) applied to the Commission to resolve a dispute over the disciplinary process used in regard to various allegations, including bullying, against a Tram Driver working out of the Glengowrie Depot in Adelaide.

While the RTBU alleged multiple failings by the Rail Commissioner, in his final decision Commission Hampton found that the Primary Allegation process was compliant with natural justice and procedural fairness principles in accordance with clause 20.8 of the Agreement however the Secondary Allegations process was not.

Commissioner Hampton found that, on the facts of this case, the employee needed to be provided copies of all the evidence relied on for the Secondary Allegation process.

Furthermore, any decision in regards to 'wilfully misleading' the investigator would need to take into account considerations raised by the RTBU and those mentioned in the decision - which include that a mere rejection of a person’s evidence or conflicting evidence is not enough.

IMPORTANCE OF DECISION FOR FUTURE CASES

“The significance of the decision lies in the extensive consideration it provides to the meaning of 'natural justice' and 'procedural fairness' and how, when an employer is required to adhere to these principles, they may be applied in the industrial context,” said RTBU National Lawyer Mark Diamond.

“To date, these concepts had not been adequately explored in industrial case law however the concepts themselves are well established in administrative law.

“This decision may provide guidance for future employment cases when employers are required to adhere to these principles although each case will turn on its own facts.”