The Victorian Branch has vowed to ramp up its campaign for better disability access to Melbourne trams if funding for essential changes is not forthcoming in this year’s Victorian state budget. 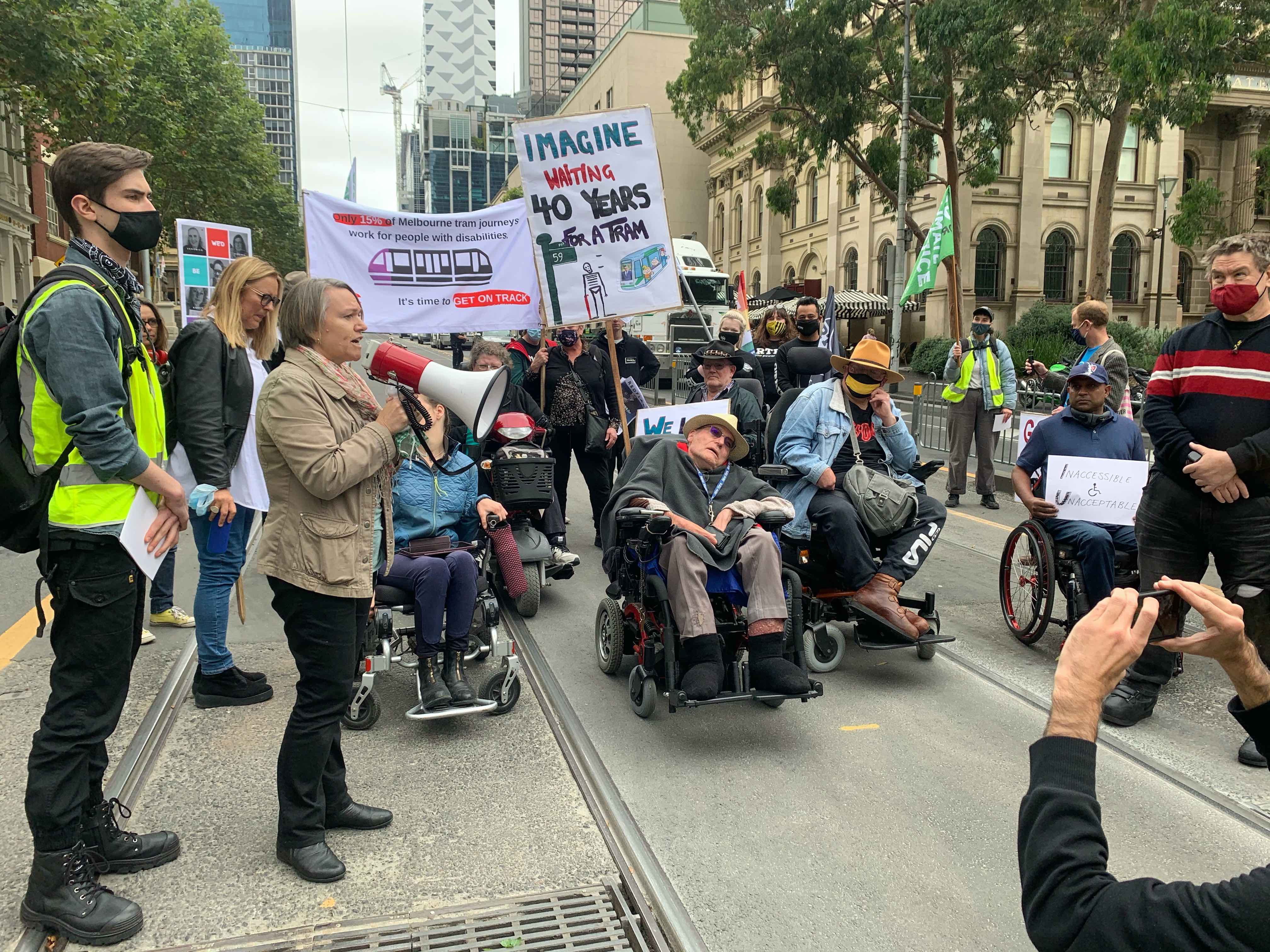 In a historic rally, Victorian Branch members were joined outside the State Library by Friends of the Earth Melbourne to throw their support behind the Disability Resources Centre (DRC) in its fight for a public transport system that works for everyone.

The city centre came to a standstill while speakers outlined their experiences of not being able to use Melbourne public transport.

“Members of our community have been waiting to catch a tram for several decades,” said Kerri Cassidy from the Disability Resources Centre.

“When 85 per cent of services exclude people who require level access, it renders the whole network unavailable for them,”

Trams are an iconic part of Melbourne life, but a recent report handed down by the Victorian Auditor General found that despite targets set for full accessibility by 2022, only 15 per cent of services are accessible for those with disabilities. At this rate the Melbourne tram system will not be fully accessible until 2066.

“Victoria’s ageing tram fleet should have been replaced and expanded many years ago, but these setbacks must come to an end,” Luba said.

“As our organisations come together, we invite all Victorians to demand better – united we won’t be silenced.”

Despite 40 years of talk about accessibility, commuters are still waiting for action and investment to upgrade tram stops and purchase long overdue low floor trams.

The RTBU and DRC are holding continuing talks with the Victorian State Government and the issue has been highlighted in the Victorian Branch’s budget submission.

“They can’t meet their disability access targets until 2066, but we are saying they need to put a plan into place that will get us there,” Luba said.

“In the interim the government must prioritise small, short-term changes that would make a world of difference for people in terms of basic upgrades.

“This campaign is only hotting up. If we can’t get some funding in the next state budget will be holding discussions with the DRC about holding a much bigger tram stoppage.”

Almost one in five Victorians have a disability, but 71 per cent of people with disabilities say they don’t take public transport because of barriers to physical access.

Accessible transport is vital for a wide range of people - including wheelchair users, people with mobility impairments, families travelling with prams, and many older Australians.