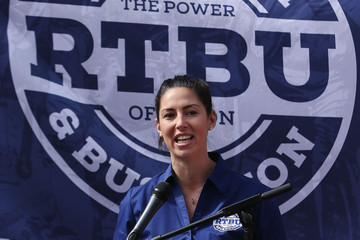 I don’t know if Victorian Premier Daniel Andrews plays SuperCoach, but he could certainly take a leaf out of the SuperCoach playbook when it comes to management of Victoria’s public transport network.

Let’s face it, the operators of Melbourne’s train and tram networks are not exactly Brownlow medallists.

Since they were drafted in 2008, these two highly paid overseas recruits have been missing performance targets and frustrating passengers right across the state.

Now, however, their contracts are up and the state government has a chance to rebuild the list.

The big question, however, is whether or not the Andrews Government has the courage to swing the axe on its underperforming public transport operators.

Word on the Street

The word on the street is that transport bureaucrats have recommended keeping the status quo. That means we could be stuck with Metro Trains Melbourne and KDR (the operator of Yarra Trams) for another seven years.

It’s a multi-billion-dollar decision that will have a significant effect on the lives of everyone who lives in Melbourne.

We could be stuck with Metro Trains Melbourne and KDR (the operator of Yarra Trams) for another seven years.

At present, the private operators take about $65 million a year out of the system in profits. That money goes back to overseas shareholders, when it could be used to upgrade infrastructure or provide additional services.

So what are the state government’s other options?

The first option is for the government to put the two franchises out for an open tender, as it did in 2008, when it decided against renewing the contracts of the previous private operators, Veolia and Transdev.

In essence, it could enter the draft and see what other talent is out there.

A bolder step would be to bring the contracts back into a more transparent public administration where corner-cutting profiteering is forced to sit on the bench.

That would provide the opportunity to set up Victoria’s own talent academy, build team capacity within the operation and increase our ability to draft talented local players.

There is an obvious precedent for making this decision — the renationalisation of V/Line in 2003.

Jeff Kennett privatised V/Line in 1999, handing the business over to UK-based company National Express. Three years later National Express walked away and left RTBU members and the Bracks government to clean up the mess.

The end of the existing franchise contracts is a golden opportunity for Daniel Andrews and his administration to take control of Melbourne’s public transport system and to ensure that it operates for the benefit of Victorians.

While sense was seen on the regional network, when the government cut its losses and took back control of V/Line, the political will to take responsibility for the metropolitan trains didn’t exist. No one had the guts to drop the coach’s son.

Since then, V/Line has been put back on a sustainable footing by the state government.

Of course, as footy fans know, it’s not just the players on the field who count: aspects such as culture, facilities and tactics are also crucial. For the public transport network, we’re talking about infrastructure, maintenance and timetabling.

Victoria’s trains and trams have to deal with an ever-increasing number of people living in the outer suburbs and commuting into the CBD.

It is dauntingly clear that our century-old rail infrastructure is creaking under the weight of this growth; however, those challenges shouldn’t be an excuse for the Andrews Government walking away or hiding behind the private operators.

IN fact, those challenges are exactly why it is so important for the state government to take full control.

The network needs to be brought under the management of an ambitious and determined government, with a clear vision for the future of our state.

Renewing the franchise contracts with the current private train and tram operators would simply be throwing good money after bad.

That is the exact reason why the end of the existing franchise contracts is a golden opportunity for Daniel Andrews and his administration to take control of Melbourne’s public transport system and to ensure that it operates for the benefit of Victorians.

There is only one thing that we all agree on — the current state of franchise contracts and asset maintenance standards sell Victorians short — and a secret negotiation won’t fix our transport woes.

SuperCoach Andrews, Victorians know the game so, please, don’t let us down.

This opinion piece was originally published in the Herald Sun on Thursday 6 April, 2017.