The RTBU has vowed fight the South Australian Government’s privatisation agenda all the way to next year’s March state election. 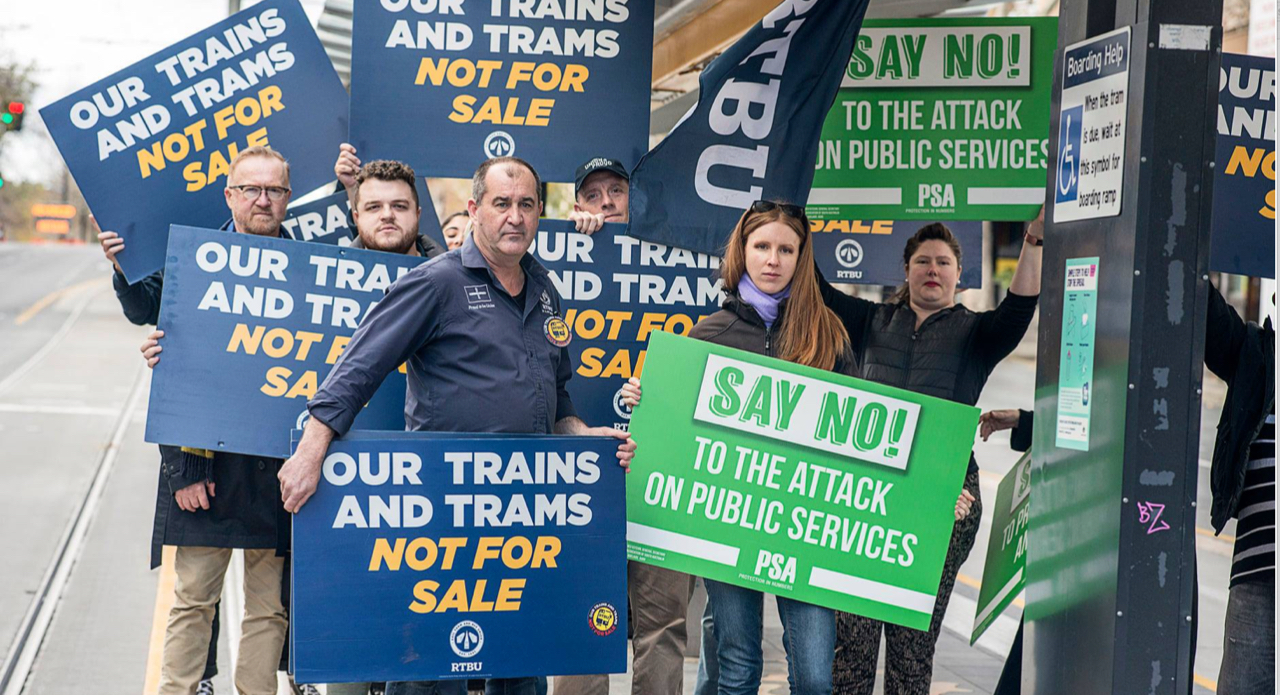 “The RTBU will campaigning all the way up to the next election,” Darren said.

“This government is intent on privatising anything they can get their hands on. Rail was just the start with everything else - including roads and even hospital maintenance - next.”

Ahead of the January privatisation, Transport Minister Corey Wingard admitted to a huge shortfall in staffing at the new rail operator, Keolis Downer, but insisted his government would not delay its rushed timetable.

Since then the new operator has struggled to find enough workers to keep the Adelaide network operating.

“There are not enough staff to fill all their positions. For example, Keolis Downer needed 174 Train Drivers, but only 70 went across to the new operator,” Darren said.

“The government has had to step in and act as a virtual labour-hire firm while Keolis Downer trains its own staff.”

The problem, he said, would be ongoing, with four batches of train drivers still being trained between now and November next year, after which rail existing staff would be free to be redeployed elsewhere in SA Government roles.

The decision confirmed that rail workers could not be arbitrarily made redundant after 12 months if they had not been offered a suitable position in the public sector.

Darren said at the time that the Rail Commissioner’s appeal had “exposed the real reason behind the Marshall Government’s privatisation agenda: to put more South Australians out of work”.

The RTBU has long said privatisation would eventually lead to a reduction of 132 jobs on the rail network, affecting local workers, their families and their communities.

The South Australian Labor Opposition has vowed to reverse the latest round of public transport outsourcing if it wins the next election.