Hundreds of infrastructure workers in the northern part of Western Australia who currently don’t have union representation could soon be joining the ranks of our national, all-grades union. 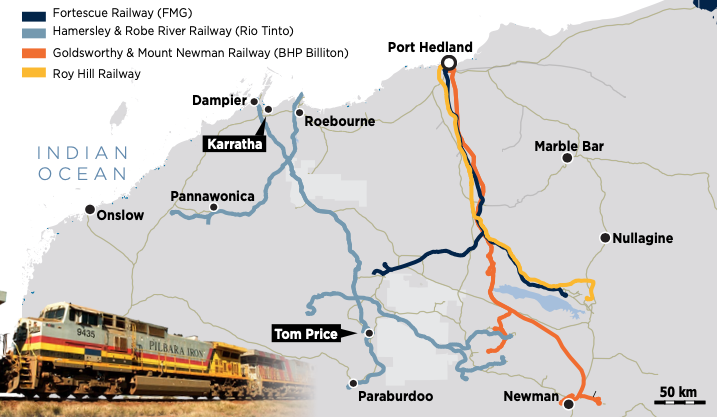 The RTBU’s WA Branch is hitting the road for a 1,500km trek from Perth to Karratha, in the state’s Pilbara.

The long journey will be an important opportunity for workers to learn about the benefits of union membership.

RTBU WA Secretary Craig McKinley says the planned late October trip will take in areas around Karratha and Tom Price, where a delegation will try to engage with currently non-union rail infrastructure workers.

Craig says the RTBU has two delegates in the Pilbara, but it’s a huge area for them to cover on their own. “It’s like having a delegate for an area the size of Russia.”

So for this trip they are calling in the cavalry, with RTBU WA President George Kelly and WA Industrial Organiser Kristy Martin accompanying Craig on the recruitment drive.

“We will run along the corridor from Karratha to Tom Price, for about 250km,” Craig says.

“There are work camps along the way and EDI-Downer is happy to give us access.

“Some of the camps are very significant along there – the camp Tom Price houses hundreds of rail track-maintenance workers.”

It's a bold move for the union, and there will be challenges, but the results could be worth the effort.

“There are many different contracting hire groups working in the Pilbara, and it’s really complex working out who is working for whom,” Craig says.

“But there are more than 700 below-rail workers in the Pilbara, and most of them are currently de-unionised, due to historical reasons.

“So there are basically more potential RTBU members up there than in the whole of the WA South East’s goldfields.”