Perrottet is poking a hornet's nest

NSW Premier Domenic Perrottet is poking a hornet's nest by trying to bankrupt the RTBU.  His tactics will only make us stronger and more determined. 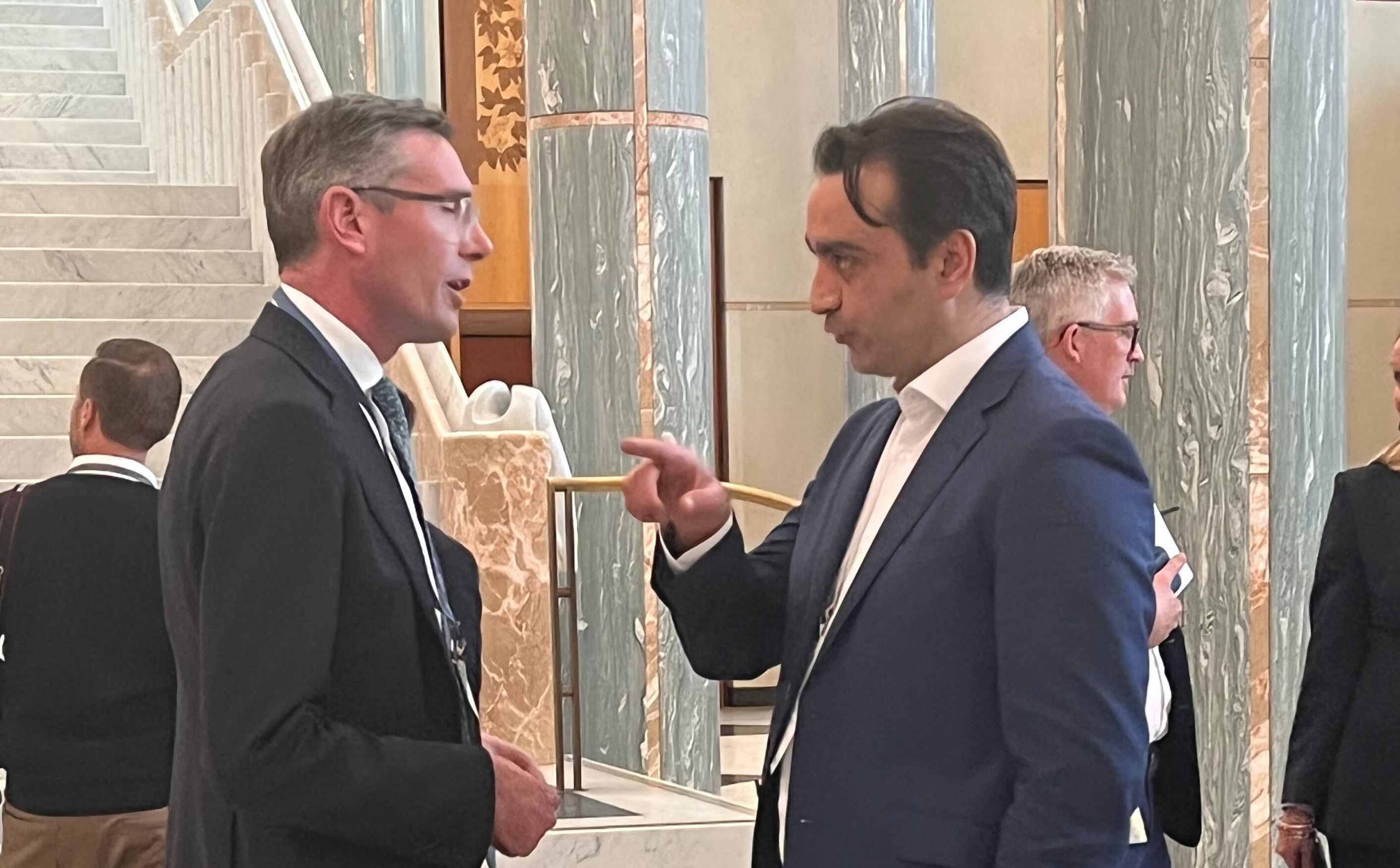 When the Rail, Tram and Bus Union filed an application for protected industrial action to turn off opal readers at train stations, the NSW State Government seemingly waved it through without protest.

All they really asked for was that the union give them more notice before taking the action.

But then, just as the union was about turn off the opal readers, NSW Premier Dominic Perrottet suddenly sprang out of the bushes screaming that the action was ‘illegal’ and threatening to sue workers for lost revenue.

Th Premier obviously thought he was laying a clever and carefully disguised bear trap – hoping rail workers would walk into straight into it so that he could bankrupt their union and break their spirit.

But Dominic Perrottet isn’t poking a single bear. He is poking a hornet’s nest.

And if he continues playing this immature but high-stakes game with the livelihoods of public sector workers – whether it be on the railways, in our schools or in our hospitals - he should be prepared for the repercussions.

Where Gladys Berejiklian so easily succeeded in negotiating new enterprise agreements for NSW railway workers during her years in office, Perrottet has failed. To save face, he now intends to sue the Rail Tram and Bus Union (RTBU) out of existence.

In the NSW Government’s application to the Federal Court it also alleges that when railway workers left gates at stations open, that this was not a form of ‘industrial action’ under the Fair Work Act 2009 and therefore not protected and permissible behaviour.

Due to an anomaly in the Fair Work Act that the previous Federal Government failed to fix, Perrottet is now salivating at the possibility that leaving gates open was actually not ‘industrial action’ which, if correct, could only be fully appreciated after the fact. If correct, it may even allow him to bankrupt the RTBU.

When NSW rail workers opened gates as part of their efforts to pressure the NSW Government for a fair and reasonable pay rise, they thought they were acting within the confines of the law, and in a manner that would cause no inconvenience to the travelling public.

Railway workers followed all processes required under the legislation. They applied for a Protected Action Ballot Order which included the action, the order was granted by the Fair Work Commission, they voted on whether they wanted to take the action, they notified their employer of their intention to take the action, and then finally, they took the action. All of this was done in good faith in the belief that what they were doing was legally permissible.

Despite following every legal step, the NSW Government is now alleging that their behaviour was not lawful. The basis of their claim is that opening gates or leaving them open does not fall within the technical legal definition of ‘industrial action’. The term, as defined in the legislation, includes work being performed in a manner different from that in which it is customarily performed, a ban or limitation on the performance of work, or a refusal to work.

It seems the NSW Government is going to dance with semantics and say that opening gates or leaving gates open does not fall within the technical legal definition.
.
Although accounts vary, some government officials have said that the overall revenue in a day collected by Sydney Trains and NSW Trains is about $30M. Media reports have indicated that the lost revenue from the gates being open may be about 10% of a day's takings.

Perrottet’s act is the most aggressive attack currently available to him. It is a throwback to the industrial disputes on the wharves in the late 90s. The fact that Perrottet sat down with key players from those days recently suggests that he is just warming up rather than leaving such malevolence to the dust bins of history.

Railway workers, like all Australians have had enough of unnecessary conflict and just want to live a dignified life with a fair days pay for a fair days work.

Across Australia, well over 90 per cent of workers in passenger rail are unionised and our members right across the country are outraged over Perrottet’s attempt to bankrupt their representative organisation.

Most railway employees have worked and played together for years. We are, in short, a family. And like any family, you may take our home but we will always band together in the face of adversity.