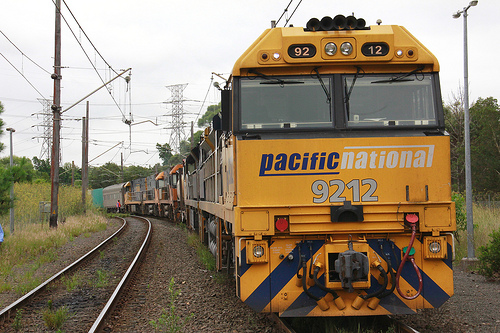 RTBU National Secretary Bob Nanva said it was evident that Pacific National was embarking on a casualisation drive – offering all 39 workers casual work at the same time as making the 39 roles redundant.

“Pacific National is intent on forcing a large percentage of Coal train drivers onto casual work, and undermining enterprise agreement coverage of other workers.

“The company could reduce the impact of forced redundancies by allowing employees from other areas to swap a redundancy, however it has constantly refused to allow this to happen.”

Slap-Down for PN in the Fair Work Commission

Mr Nanva said the aggressive behaviour of PN in terminating the employment of train drivers in the Hunter had forced the RTBU to run a number of unfair dismissal cases over the past two to three years.

In a major win last week, the Full Bench of the Fair Work Commission handed down a decision in an appeal matter over one of those cases.

The Full Bench held that the sackings were not genuine redundancies, because PN had failed to that consider whether those drivers could be re-deployed to other positions.  The RTBU will now re-lodge unfair dismissal claims.

Mr Nanva said the RTBU was concerned that Pacific National was using the lure of possible casual employment as a means to dissuade sacked workers from making complaints.

“The RTBU is currently looking into legal action on behalf of the employees who will be terminated tomorrow.”