Out of the shadows: Ministers should come out of hiding and start debating

The Rail, Tram and Bus Union (RTBU) today called on the major parties and media networks to spark up the Federal election campaign by conducting open debates on issues such as transport and industrial relations. 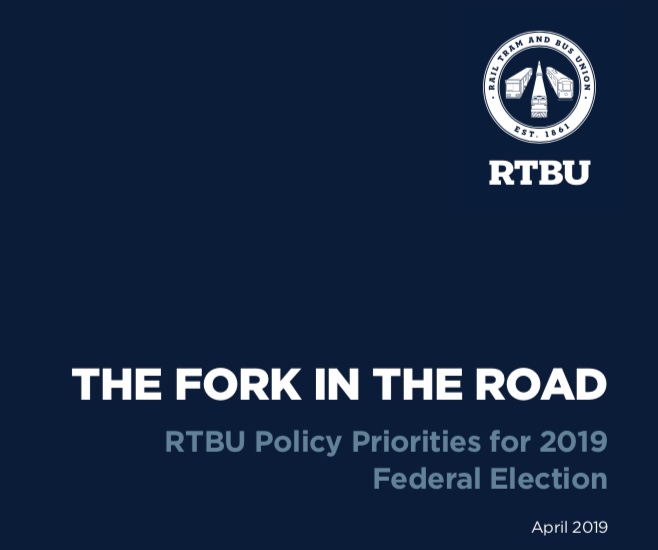 "Despite being in power for six years, the Federal Government has the most anonymous, low-profile Cabinet in recent memory.

"Scott Morrison has kept his Ministers in witness protection for long enough.

"So let's get into the portfolios and see how the Ministers and Shadows shape up on issues like transport and industrial relations.

"Voters deserve to know exactly what the major parties will do in relation to Australia's transport challenges, how they will lift wages, and how they will rein in the scandal-ridden corporate sector.

"Open debates will allow these policies to be properly scrutinised before voters head to ballot box."

THE FORK IN THE ROAD

The RTBU has also released its election policy blueprint, which calls for new public transport infrastructure funds, a fairer deal for transport workers, a stronger focus on transport safety, and a national strategy to reduce transport-related pollution.

"Australia is now paying a heavy price for decades of under-investment in transport infrastructure, and particularly in urban rail," Mr Nanva said.

"It's no longer good enough for politicians to blame migrants for the failure of governments to manage urban growth.

"The time has come for our political leaders to stop the blame game and fix our cities.

"We need a plan for the future that manages growth, and better connects our major population centres with regional areas."

The RTBU's election priority document, the Fork in the Road, can be accessed here.