One giant leap for rail safety 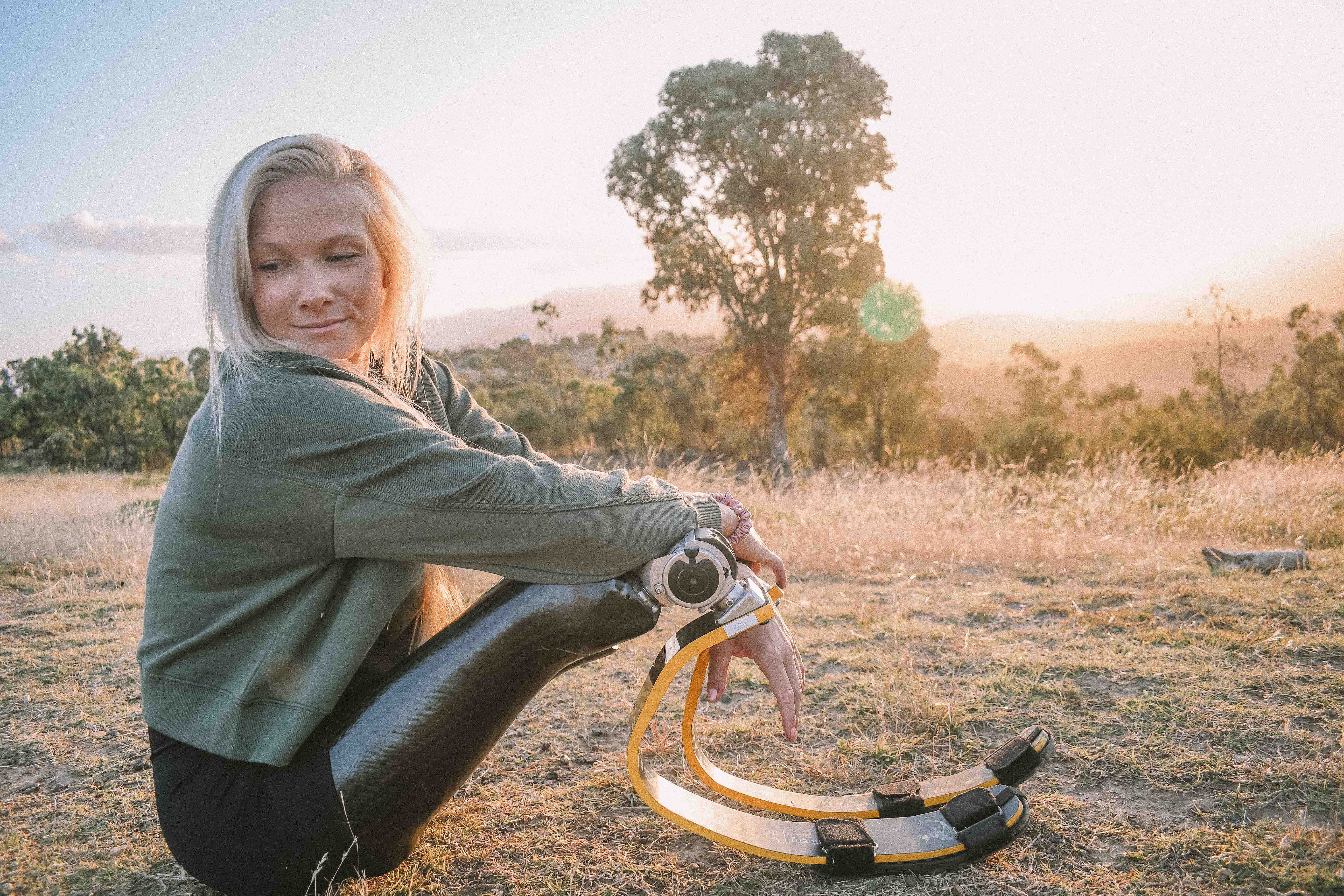 Not only did the bright young woman have a graphic story to tell of the dangers on our trains, trams and roads, she was also one of the fastest and longest jumping women in the world, with a swag of Rio and Tokyo Paralympics medals to prove it.

Vanessa, a TrackSAFE ambassador, was just 15 when she stumbled off a train platform into the path of a train. She lost both legs above the knee, and suffered severe head and back injuries.

In a split second she went from being an active German teenager – “I was always running, playing handball, snowboarding, doing ballet, a bit of everything” – to being critically injured and spending five months in hospital fighting for life.

Vanessa would eventually be told that due to the extent of her injuries she would only be able to walk about five steps a day, so didn’t warrant the best prosthetics then on offer to other German patients.

But she was determined, and managed to convince the medical experts to give her a six-week trial of the fancy, high-tech legs.

“Everyone was sceptical about my idea of walking, let alone plans of running,” she says.

“But at age 16 you don’t want to rely on others for help, you want to live your own life.

“I didn’t want to live life in a wheelchair, so I forced myself to learn to walk, to try my best to be as independent as possible.”

Vanessa proved the doubters wrong and not only learned to walk, but also to run.

“I just knew to get to normality I needed to run again. Growing up I was always out and about at sport so for me it just meant returning to my normal life.”

It was during her rehabilitation that she met Jörg Frischmann, a former Paralympian and now manager, who gave Vanessa her first running blades and invited her to a weekend trial.

“At first I did a bit of running, which was more falling than running, but I was hooked straight away,” she says.

“I was pushed into the Paralympic world as I was so inspired by these other athletes, these incredible human beings who were defining their own path.”

Vanessa’s determination eventually took her to the 2012 London Paralympics, where she achieved limited success with her German team, then to the US, where she had planned a break but eventually trained with Roderick Green, husband of her London Games roommate Katrin.

The work paid off, with Vanessa winning gold in Rio in the T42 long jump and silver in the T42 100m. 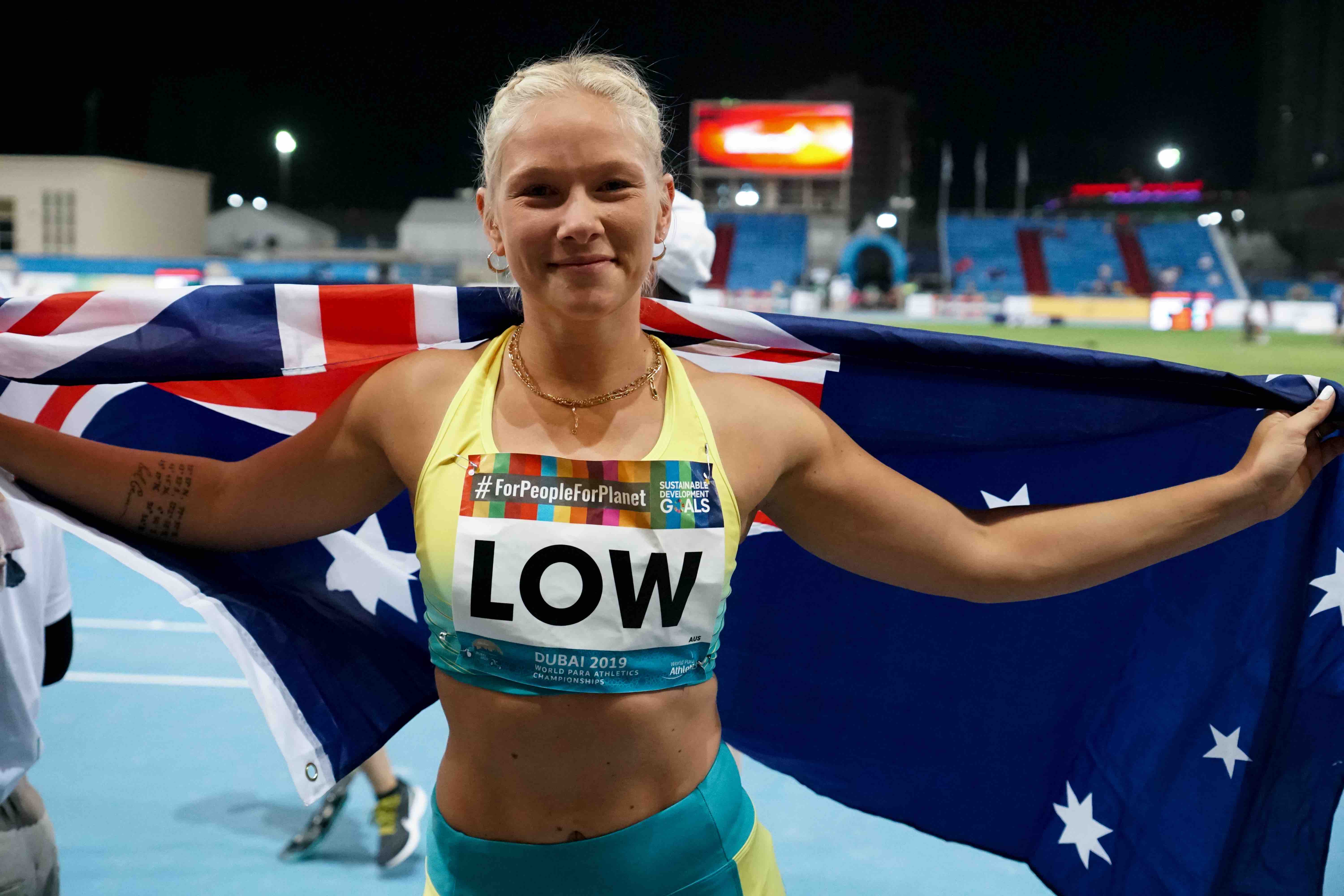 It was during this time, in about 2013 on a return trip to compete in the UK, that she met Australian Paralympian Scott Reardon. They became close friends, stayed in contact, and a year later during the European competition season became a couple, which is how she came to Australia.

“I moved to Australia after Rio, to be with Scott. I had no plan to change citizenship, and was not even sure I’d continue in sport,” she says.

“We committed to go to the Tokyo games together, but there were a lot of obstacles living in Australia and being separated from the rest of the German team with training, travel and competing, especially being in opposite seasons, so I ended up committing to change teams.”

The move paid off for Australia’s medal tally: in Tokyo Vanessa broke her own world record three times and produced the performance of her life to win gold in the T63 long jump.

Did her old German teammates begrudge her move?

“There is no bad blood there, they are happy for me. They know the reasons, it was not for money or anything else, I just wanted to live my best life and to be with my husband.”

Back in Canberra after six months in camp and games lockdowns and training bubbles, including 14 days on isolation on her return to Australia and now more lockdowns in the city – “Living the dream,” she says – Vanessa has time to reflect on the part she plays in her safety campaigns.

She had already been involved for some time with world motor sport governing body FIA on its #3500 Lives global road safety campaign, and a few years back signed on with TrackSAFE.

“Being affected by a train accident, safety was always something close to my heart,” she says.

“We take transport for granted, we use it every day, we use the streets on bikes or walking or driving, and don’t think about it enough.

“We don’t realise how difficult life can become when impacted by one of these accidents. It’s always other people those things happen to, then you realise it is not.”

It was this attitude she encountered on her move to live and train in Canberra, which had just introduced its light rail, with many in the city taking risks.

“It was new and a lot of Canberrans were not used to having it around,” she says. “All of a sudden you had a lot of these near misses, followed by an actual incident.

“I approached them and said, I know you teach all those rules and tell people what to do, but maybe I have the power to tell people why these rules are important.

“I spoke at a lot of schools along the light rail that were using it as everyday transport. I could see kids being silly around it, not being aware of the risks of their actions.”

Vanessa says it was this that led TrackSAFE to approach her about two years back to become involved in a bigger, national campaign.

“It’s mainly about giving this whole aspect of track safety an actual face, an understanding that there is an actual person behind those numbers of incidents. They are not just numbers on a piece of paper.”