The privatisation turned out to be so underdone that one of the private operators, National Express, simply walked away and handed back the keys to the Victorian Government.

It took the Bracks Labor Government to patch up the mess and bring about some stability in the sector, but nearly two decades later, the privatisation experiment has not delivered on all the promised benefits that it was supposed to bring to Victorians.

A recent report by academics from the University of Melbourne found that the operators are creaming hundreds of millions in extra subsidies, but have failed to make significant investments in reliability or punctuality.

And as our recent industrial battles have shown, overseas-based operators take what they can get, including millions of dollars in profits, but have little incentive to give back.

Despite the Victorian experience, we keep finding other State Governments who want to go down the same path.  Politicians who are either ignorant of history – or choose to ignore history – are lining up to repeat the mistakes of the past.

The latest is NSW Premier Mike Baird, who has announced that he plans to give a private sector operator a cross-modal monopoly covering bus, tram and ferry services in the city of Newcastle. 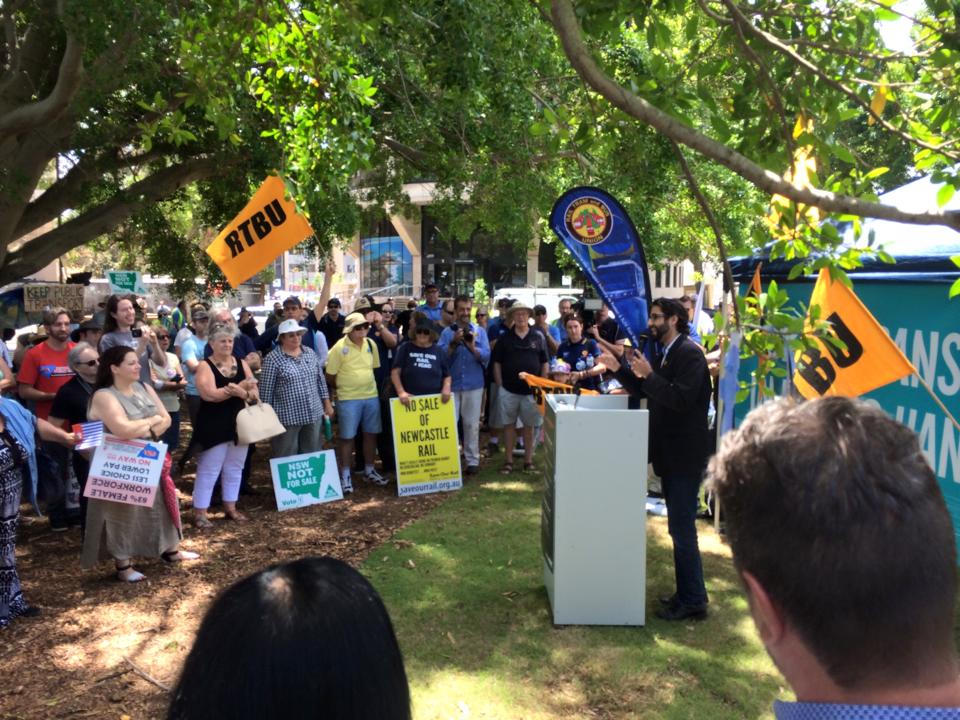 Media reports have suggested that Keolis Downer Rail – the parent company of Yarra Trams – will be front-runner for the privatised Newcastle operations.  That alone should sound major warning bells for the people of Newcastle.

Mike Baird says his plan is all about “integrated transport planning”, but in reality it’s about getting the best possible deal for his mates in business, at the expense of the local community.

Politicians that learn from history, and learn from the experiences of other places, tend to make good decisions.

But as the privatisation on public transport services shows, politicians who ignore history and only take advice from corporate lobbyists leave a costly legacy for future generations.