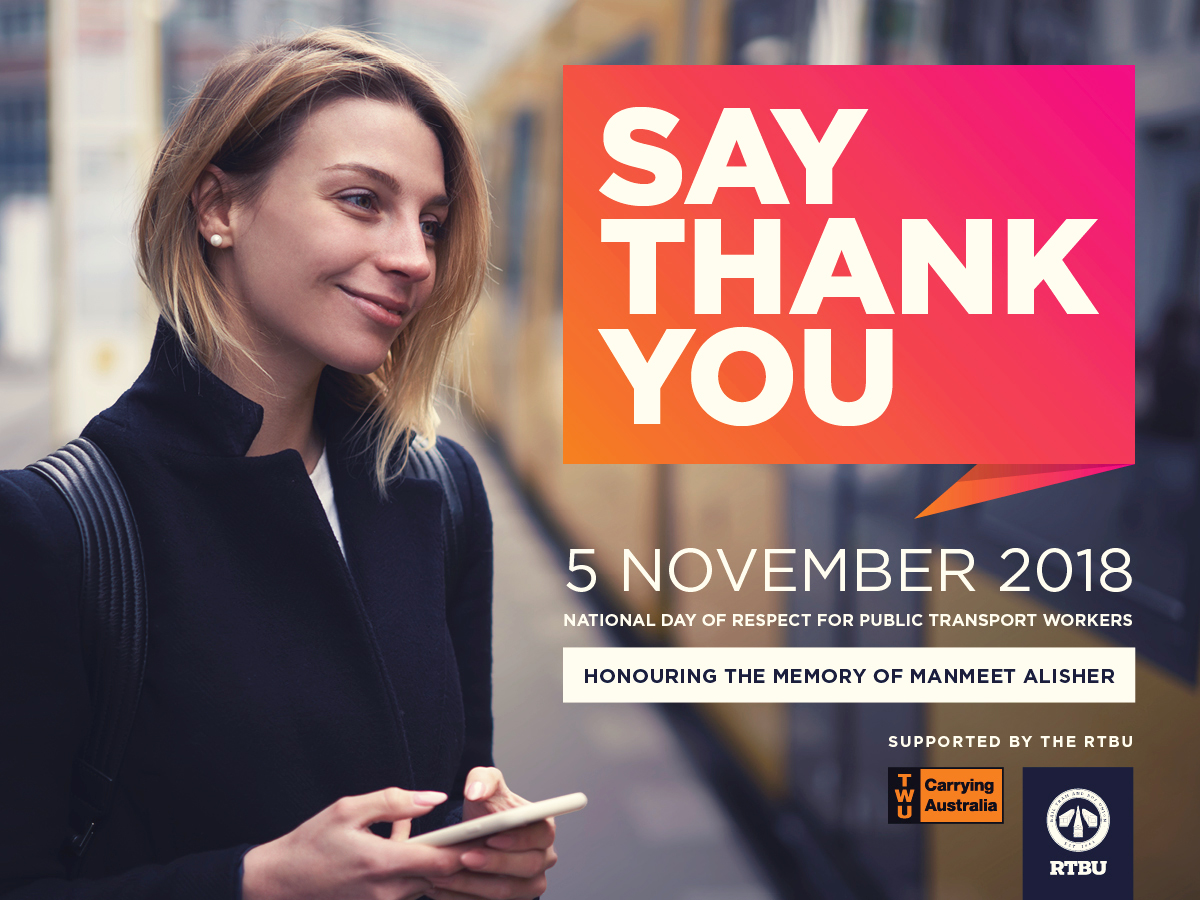 “Everyone deserves to be safe and respected at work.

“Rail, tram and bus workers are dedicated and passionate people who care about the job they do to keep Australians moving.

“For most people a bus, tram or train is a convenient way of getting from one place to another.

“But for public transport workers, buses, trams, trains and stations are their offices.

“And just like everyone one else, transport workers deserve to be treated with courtesy and respect in their workplace.”

Get into the spirit

TWU National Secretary Michael Kaine said most transport workers had experienced some form of violence and harassment from unruly passengers.

“We hear far too many stories of verbal abuse, harassment and even physical assaults," Mr Kaine said.

“More must be done to make our public transport networks safer for both workers and passengers.

“That’s why transport unions are united in supporting the National Day of Respect for Public Trasnport Workers, and why we’re urging all commuters to get into the spirit.

“Just two simple words like ‘thank you’ can make a big impact by letting public transport workers know that they are valued and supported in our community.”