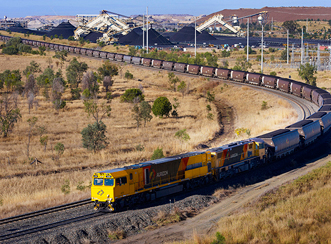 “Aurizon is a pillar of the Australian rail industry, and it desperately needs stable and sensible leadership.

“Sadly, the company has been distracted over recent years by an ideological vendetta against its own workforce, which resulted in the unprecedented termination of 12 Enterprise Agreements covering thousands of workers.

“At the same time, Aurizon blew up $270 million in a bizarre and quixotic gamble on the Aquila Resources iron ore mine in the Pilbara, just as the global iron ore price was going into freefall.

“The bill for this patently stupid vanity project will continue to be a millstone around the neck of the business for years to come.

“After the Aquila fiasco, the company set about cannibalising the capacity of its core business units in order to cover up the financial mess they had created.

“All through this inglorious period of failed management, the company has paid its executive group some of the most bloated salaries in the country – at one point giving the CEO a 34% pay rise at the same time as it was sacking 1,000 workers.

“The new CEO has an opportunity to set a different course.

“We hope that he is prepared to put a stronger focus on the fundamentals of the rail freight business, and to working constructively with his employees – rather than against them.”