Andrew Wells has been building railways for 28 years, but now he is on track to recruit members and improve their conditions throughout Central Queensland. 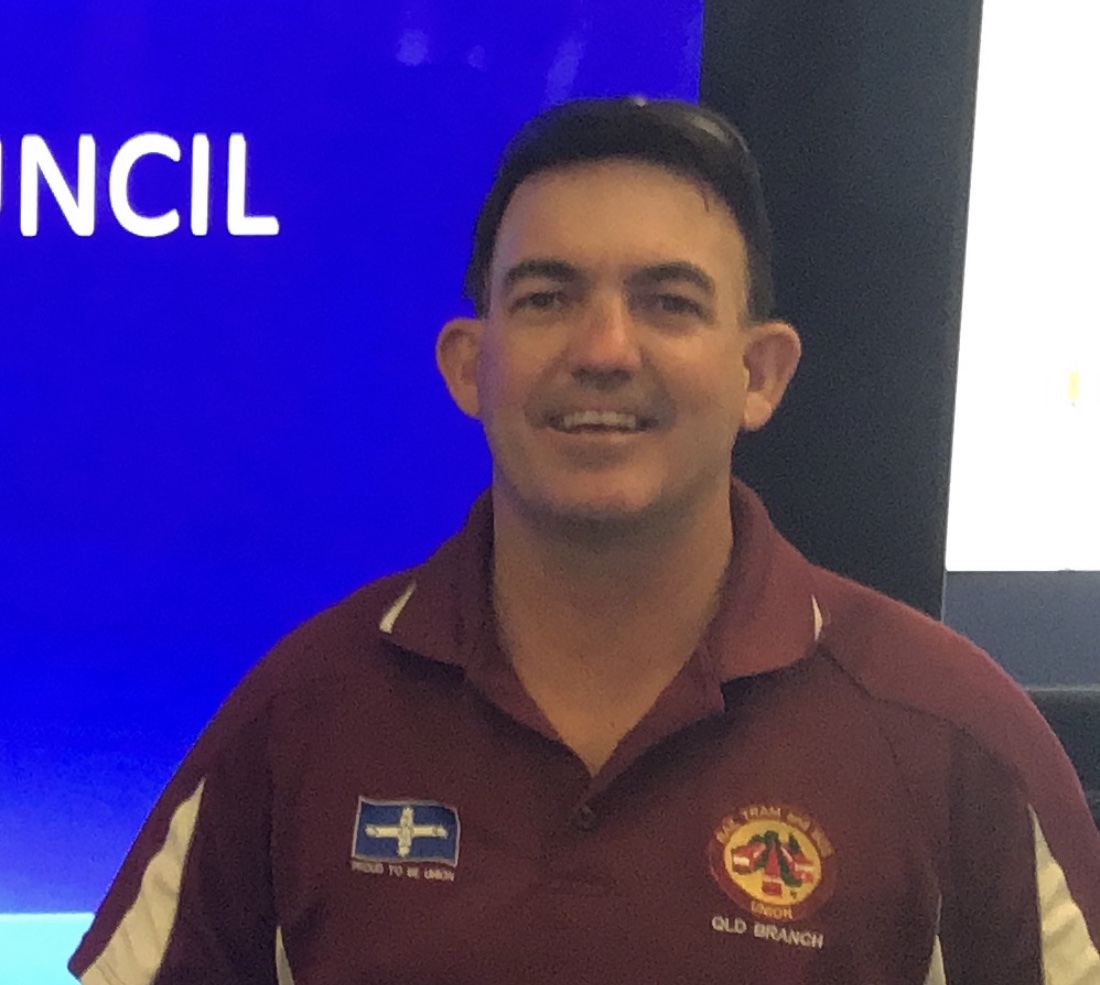 On his days off Andrew lives at Sarina, near Mackay, with his partner and their seven-year-old daughter, but his work could see him just about anywhere in the state.

Until recently Andrew has been an infrastructure worker with one of the largest migratory work teams in Queensland.

“The company I usually work for, Aurizon, has its own track-laying machine, so we travel everywhere, doing major track construction work, asset renewal works, all the big shutdowns,” Andrew says.

“We built the ‘missing link’ (an 89km link between the North Goonyella and Newlands rail systems in the Bowen Basin coalfields).

“And in my 28 years in the industry we have torn up just about every timber sleeper in Queensland and replaced them with concrete.”

As an RTBU delegate of 16 years, Andrew is proud his team – currently numbering about 50 and mostly based in Mackay, Townsville, Rockhampton – has 96 per cent membership density.

And he says being a tight-knit, union-led team has paid off for members, and the company.

“Because the team is different to your local work crew, with different travel issues and different hours and shift rosters, the union got involved to find out what suited us best,” he says.

“We needed to be flexible, but needed to be remunerated for those things. As a result we’ve led the way for a long time, doing things for more than 10 years that other teams are only now starting to do.

“On areas such as rostering, block work – 10/4 or 9/5 work weeks instead of traditional Monday to Friday – we’ve sat down and said, ‘How do we work as a team, workers and management, to keep us employed and give the company the ability to do the work that needs to be done’.”

Andrew says having a young family reinforced the value of work-life balance, with issues such as flexible rostering critical for remote workers.

“Family time and work-life balance is something we’ve always struggled with in any rail company because so much rail work is out there to do,” he says.

“It’s hard being away, so we need to have good rosters that keep us employed, but also give us longer periods of home time as well.”

Andrew has recently turned his attention to a new RTBU-sponsored role, hitting the road in search of workers stuck with labour-hire companies, and who don’t have the union’s hard-won conditions even though they do the same work.

His job is to win over new members, and to ensure companies are not doing anything illegal, such as underpaying workers, and checking what awards they should be on.

“There are a lot of horror stories out there of how these guys get treated,” he says.

“Some are being paid $10 an hour less than us. Others have to travel eight or nine hours to a job site and they might only get paid for four hours.

“And 15 years ago we had to sleep two to a room. That ended, but these guys still do that now, in this day and age. So you work all day with someone, then you’ve got to share a room with them at night.”

Experience on the 'shop floor'

Andrew says he has good relationships with many workers he knows from sites he has worked on over the years, so he can approach them to help sort out their workplace.

“I tell them we need to organise them to become union members, so we can then go and talk to their company and say, ‘let’s get an enterprise agreement, let’s negotiate proper terms and conditions, rosters.

“Let’s talk about your livelihoods, and get you, if not the same as my crew, then something very close to it.”

Andrew’s endeavours are working, with 30 to 40 new RTBU members signed in the past few months, even among casuals, who are sometimes fearful of their boss’s reaction to talk of unionising.

But he says the effort is worth it, with the RTBU now having members in labour-hire companies throughout the state, from as far north as Cairns down to the edge of the Queensland border.

That same border is also proving no barrier to RTBU cooperation, with Andrew noting that he is having regular discussions with close ally Kenny Aldridge from National Office on how best to development greenfields Enterprise Agreements on sites.

“A lot of guys say these people are just contractors, why bother, but I treat everyone the same.

“They are grown men and women who have families like me, just average guys trying to earn a living, and they are getting treated like shit.”