The ACCC has identified the right problems with Brookfield’s takeover of Asicano – but breaking up Pacific National is the wrong solution. 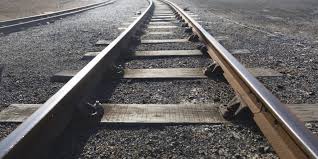 “The RTBU has previously argued that further vertical integration in the rail industry should not go ahead unless there is regulatory reform to bring about a consistent and transparent rail access regime,” Mr Nanva said.

“A national access regime is needed to reduce red tape and ensure fair competition across the rail freight sector.

“The current arrangements, with different rail access regimes in each state, are frankly a dog’s breakfast.

“The ACCC’s response is that of a regulator who has not been given the resources or the legal framework to oversee a diversified competitor in the market for rail services.

“As a result, we now appear to have two competing bids for Asciano which are essentially the same.  Both bids will deal with competition concerns by breaking Asciano up into its constituent parts.

“This might be an acceptable outcome – if it wasn’t for the fact that there is already a giant vertically integrated rail freight and logistics company called Aurizon operating in Australia.

"Leaving Aurizon unchallenged as the only vertically-integrated rail operator in the country will ultimately erode competition, putting every  other freight operator and their customers at a disadvantage."

"This is an issue which needs to resolved as a priority.  It's time for the Federal Government to act."

Click here to see the RTBU's submission to the ACCC regarding Brookfield's proposed takeover of Asciano.

Click here to see the RTBU's letter to Minister for Infrastructure Warren Truss.

Click here to see media coverage of this issue in the Sydney Morning Herald.