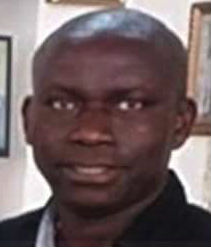 Early this month road transport unions in Senegal launched a border blockade of Gambia, whose president has unilaterally increased the customs tax on lorries entering the nation a hundredfold.

At the same time the drivers' colleagues in Gambia asked their government to lower fuel retail prices in line with the fall in wholesale prices.

The result? The president banned union activities and arrested three union leaders. Shockingly, one of them, Sheriff Diba, of the GNTCA (Gambian National Transport Control Association) died in prison - reportedly after receiving brutal treatment at the hands of the National Intelligence Agency.

Please send a message to Gambian President Yahya Jammeh Babili Mansa and demand justice for Sheriff and for Gambian and Senegalese colleagues.

Click here to go to the LabourStart website where you can send an email directly to the President of Gambia.