Respect us, or fear us

National Secretary Mark Diamond addressed the RTBU National Dinner in Old Parliament House, Canberra, on Wednesday 27 November 2019.  This is the text of his speech. 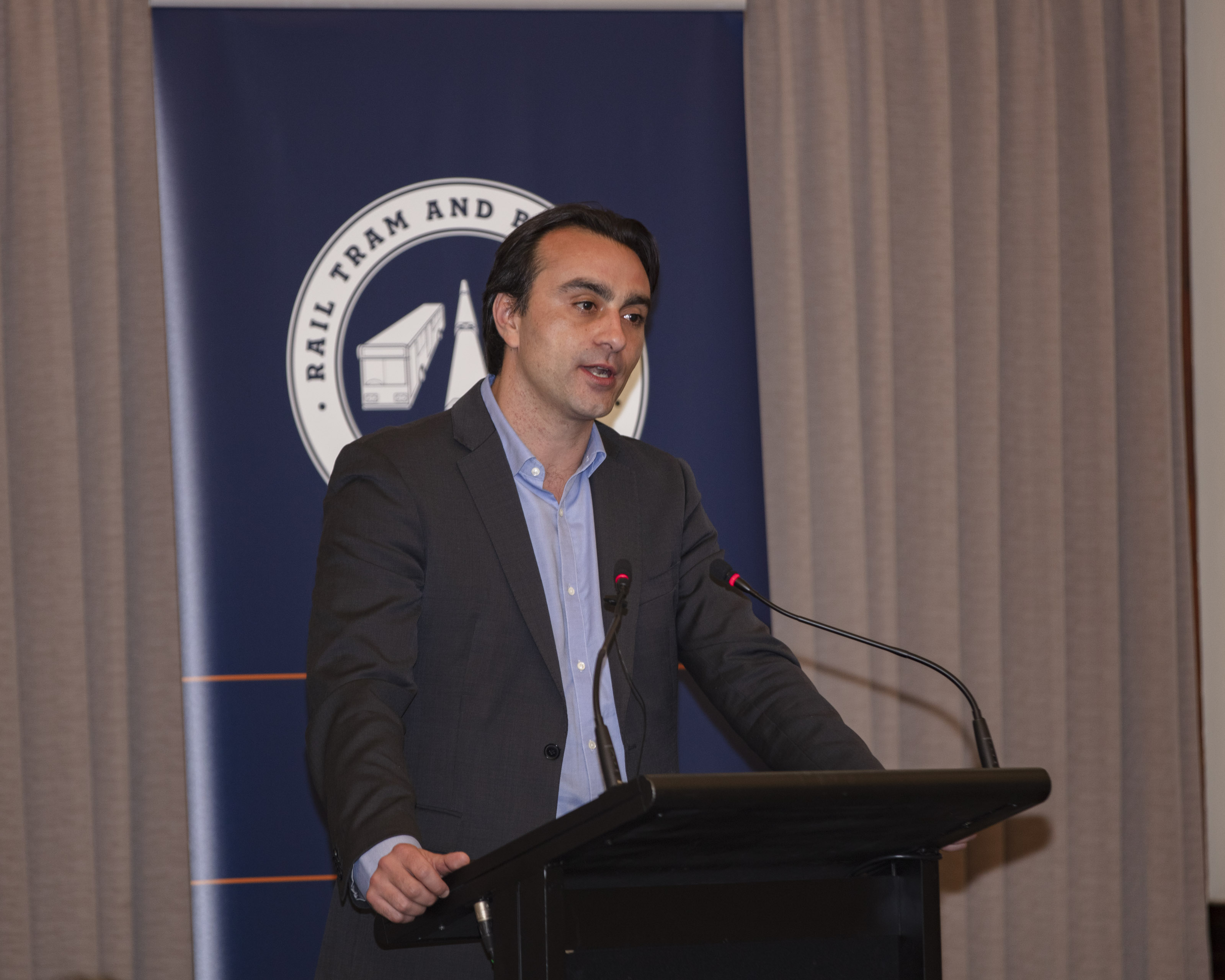 First, I want to thank each and every one of you here tonight for the support you’ve given to our great institution, the RTBU.

I’d also like to take this opportunity to acknowledge and thank my predecessor, former National Secretary Bob Nanva.

I thank him not only for his outstanding leadership of this union and his contribution to the union movement more broadly, but also for the guidance and support he has provided me personally over the years.

Rightfully, Bob’s contribution was acknowledged by our National Council today who conferred Honorary Life Membership on him- a status that he will proudly carry no matter where he goes.

Comrades, back before I became National Secretary, back even before the federal election, when I started planning for this National Council, I thought we’d be here today in Canberra with a Labor government in power.

But instead we’re cancelling Christmas.

Notwithstanding that, and I say this with the greatest respect to our friends in politics,the protection of workers begins with the women and men in this room with a union ticket.

We will stand on our own two feet, as we always have.

We’re not a corporation that outsources its responsibilities to others.

We have always protected workers and it will always be our job!

The safety standards our industries enjoy were earned by us

Even the respect given by employers to our members was earned by us.

So while we appreciate the backing of our allies when it come, we won’t be using the next few years to survive. We’ll take the fight to our adversaries and we will thrive.

Having said that, even I have to acknowledge that having the Tories in power for 17 of the past 23 years has had an impact on our movement.  I mean, who would have thought they’d still be in power?

Even they were shocked when they won.

I know they were shocked because they didn’t even bother to have an agenda. And without an agenda, they’ve resorted to their most base, disgusting instinct – attacking the rights of working people.

And in true form, while we collectively lick our wounds from the federal election loss, they slap us down again with the Ensuring Integrity Bill.

One of the most audacious pieces of union busting legislation the movement has faced.

A Bill truly worthy of a tin-pot, third world dictatorship.  A Bill which is an affront to freedom of association and an insult to democracy.

But let’s take a page from our own history.  A page that shows exactly what comes next.

In the 50s and 60s we were faced with 20 years of successive conservative government.  Twenty years!

The Tories did everything they could to bring the working class to its knees.

But the movement planned, it organised, it grew increasingly determined.

And then, at the opportune moment, we activated our membership.

Our Union, led by Clarrie O’Shea, stood its ground and refused to pay the ever mounting fines.

Our bank accounts were seized, and Clarrie was jailed for contempt because he refused to tell the court where the money was.

Workers everywhere weren’t going to sit still while the Tories pushed them over the edge and into the abyss.

Our Union activated its membership. But we weren’t alone

We were joined at the hip by our allies.

Just as we’re still joined at the hip by our allies who are here with us tonight from the AMIEU, AMWU, AWU, CEPU, CFMMEU, ETU, HSU, MEAA, MUA, PSA, SDA, TWU, USU, UWU, and UFU.

At that time, in 1969, about one Million peoplestopped work.

We went out then, and if it’s in the best interests of our members, we will go out now.

Sometimes, I hear people say Clarrie’s time was different from ours. No it wasn’t.

We have the same conditions now that we had then

So what does this tell us?

It tells us that our job, as unionists, is to ensure that we engage and empower our members.

They have to have the knowledge, skills and tools that they need. And when the time comes, when we are ready to act, whether for big or small issues, we will activate.

When momentum builds, we become unstoppable.

Now I know the RTBU's financial wealth may seem insignificant in comparison to the companies that we fight against, but if this is their only measure of our might, they miss the point.

This “mid size” union, the RTBU, has employees, it has elected officials, it has delegates.

We are militant, passionate, and we are ready to go.  Our reach is far and wide.

We control essential infrastructure in both passenger and freight.

And we’re not afraid to use the leverage that that control gives us.

So here’s a message for Tory politicians and for aggressive employers.

If you do not respect us, you will fear us.

Lastly, I say to my comrades and delegates within the RTBU:

I know you’re not always thanked for the work you do.

I know that some bosses treat you like your worth less than you are.

I know that some of your own co-workers take out their frustrations on you.

But let me assure you, you are on the right side of history, and don’t you forget it.

What you do, allows others to live a dignified life.

What you do, allows others to come home safe from work.

What you do, paves the way for a better workplace, a better community and a better Australia.

Without you, workers would be forced to their knees so that the forces of privilege could have their perverted way with us.

Friends, we may be under attack in our workplaces

We may be under attack in our Parliaments.

50 years ago Clarrie O’Shea stepped up and showed us the way.  It was his turn then to seize the day.