Our Trains & Trams: NOT FOR SALE

The South Australian Government has announced that it intends to privatise the Adelaide Metro train and tram services. Find out below how you can be part of the campaign to keep our trains and trams in public hands. 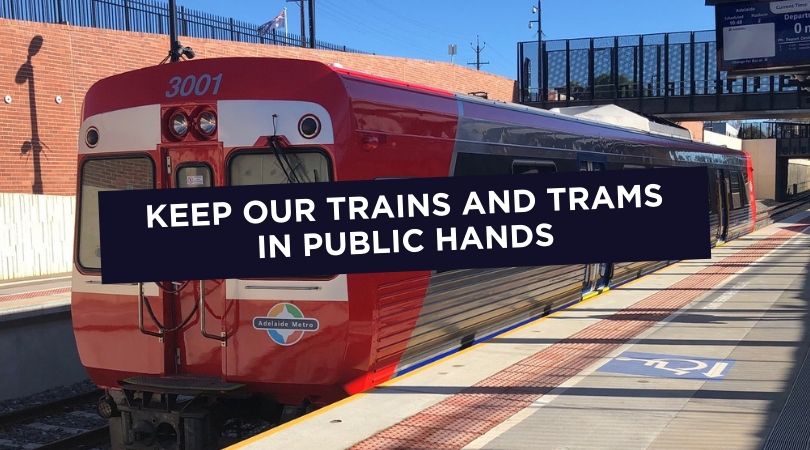 Privatising our rail and tram services means higher prices, fewer services and reduced safety. It puts private profit before the travelling public and their safety.

South Australia’s rail and tram services belong to the people, not to Premier Steven Marshall or Transport Minister Stephan Knoll.  In fact, Mr Steven Marshall went to the 2018 election claiming that he didn't have a "privatisation agenda".

Mass transit services should be run by the people, for the people – not for the profits of overseas companies and their shareholders.

The solution to better public transport is investment in infrastructure and commitment to services. We need a real plan to grow public transport in South Australia, not just flimsy excuses for flogging it off.

How can you help? Well I'm glad you asked!

TOGETHER WE CAN MAKE A DIFFERENCE

Trains, trams and the mountain that began as a Knoll - Adelaide Advertiser, 6 July 2019