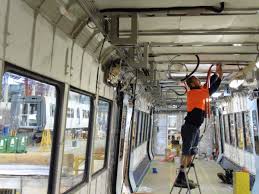 “The fact is that when you’re sourcing high-tech infrastructure like modern locomotives and train carriages from Australian manufacturers, you know what you’re getting. This is isn’t always the case when you’re going overseas to get the cheapest possible deal.